Former president to speak outside Citizens Bank Park ahead of Nov. 3 election 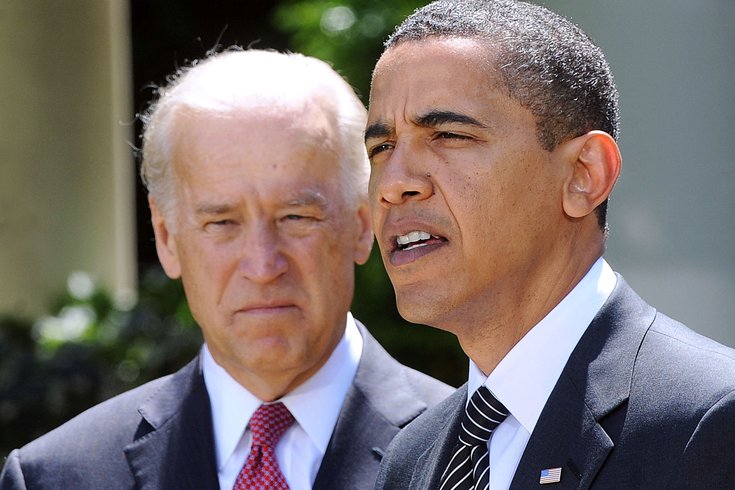 Former President Barack Obama will make his first in-person campaign appearance for Joe Biden in Philadelphia on Wednesday, Oct. 21, 2020. The Democratic rally will be held outside Citizens Bank Park in South Philadelphia.

The event is slated to take place at 5:45 p.m. at the Sports Complex. It can be streamed live at CBS News, or by using the CBS News app on a mobile streaming device. The rally also will be livestreamed on Joe Biden's campaign website and via the YouTube video embedded below. (Note: The event has ended and the video below is a full recording).

Due to COVID-19 restrictions, the event in Philadelphia will not be open to the general public. Targeted invitations have been distributed by local campaign officials for ticketed attendance at the event. Biden is not expected to appear at the rally.

Obama carried Pennsylvania twice during his two presidential runs and has often turned to Philadelphia as a stronghold to rally Democratic voters.

In 2008, his famed speech on the issue of race at the National Constitution Center was a key moment in his first campaign for the White House. He also appeared in Philadelphia in 2016 to back Hillary Clinton on the eve of Election Day, and delivered a virtual speech in Philadelphia this summer for Biden during the Democratic National Convention.

On Wednesday night, Obama is expected to urge Black voters, specifically Black men, to be a pivotal force in the race to defeat President Donald Trump on Nov. 3. In the 2016 election, Black voter turnout fell sharply from 66.6% in 2012 to 59.6% in 2016. Securing Black voters has been a priority for Biden in the stretch leading up to the election.

Obama also will discuss the importance of having a plan in place to vote, whether by mail or at the polls on Nov. 3.

The former president's visit to Philadelphia will be the first in a series of stops in battleground states. Trump, who has spent significant time and resources in Pennsylvania, appeared in Erie for a rally on Tuesday night.

Biden currently holds a 3.7-point lead over Trump in Pennsylvania, according to an average tracked by RealClearPolitics. A national average of polls gives Biden a 7.9-point lead with less than two weeks to go before the election.