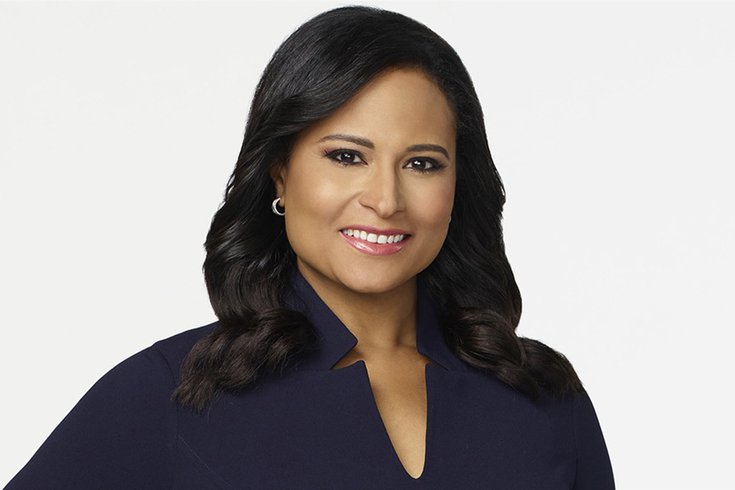 Philly-native Kristen Welker would be the moderator during the final debate before the November election between President Donald Trump and former Vice President Joe Biden.

The Republican and Democratic nominees will square-off at Belmont University in Nashville, Tennessee on at 9 p.m. Thursday, Oct. 22, but some may detect the debate will have a Philly flair.

RELATED: How to watch the final Trump-Biden presidential debate on Thursday

Kristen Welker, who grew up in Philadelphia and earlier in her career worked at NBC 10, will be the debate's moderator. The Commission on Presidential Debates announced last month that the NBC News White House correspondent and co-anchor of "Weekend TODAY" would oversee the final forum between Trump and Biden. She previously co-moderated one of the debates during the Democratic primary campaign last year.

Per the rules laid out by the commission, Welker selects what topics the candidates will debate. On Friday, the debate commission revealed the six topics Welker will address to the president and former vice president: fighting COVID-19, American families, race in America, climate change, national security and leadership.

During the first debate, Chris Wallace spent most of his time trying to stop the candidates – mainly Trump – from interrupting each other. Welker will have some help with that – on Monday the debate commission said the microphone of the candidate not speaking during the opening remarks of each segment will have his microphone muted.

While everyone already knows a lot about Trump and Biden, here's what you should know Welker, 44, and her journey from Philly to covering the 2020 election.

Welker was born in Philly, three days before the U.S. bicentennial

Born in Philadelphia on July 1, 1976, Welker was raised in the city's Fairmount neighborhood. Her mother Julie is a real estate agent who ran for City Council, and her father Harvey is an engineer.

Welker attended from Germantown Friends School, where her 11th grade English teacher recalled that she was an outstanding student.

"... (M)y main memory is ... the class would pretty much start because she would walk in and ask a question,’’ GFS teacher Anne Gerbner told the Chestnut Hill Local in January. She further described Welker as "inquisitive, warm-hearted, a great communicator and serious-minded but also very funny."

During her time at GFS, Welker wrote for the school newspaper the Earthquake, according to The Everygirl.

She graduated GFS in 1994 and attended Harvard University, where she graduated in 1998 with honors. Welker's major was in American history. She also wrote for the Harvard Crimson, the school's newspaper, while in college.

Welker told Philadelphia Magazine in 2010 that she always wanted to be a reporter growing up. Her interest in journalism began while watching former CBS Evening News' anchor Dan Rather. She also lists Barbara Walters, Andrea Mitchell, and Oprah Winfrey, among her influences.

"My parents instilled in me the importance of contributing to my community," she told The Everygirl in 2018. "I see journalism as a way to contribute to our democratic process and as a way to hold those in power accountable to the people. I can think of no better way to give back."

Welker's first date with her now-husband John Hughes was to dinner in Center City. Hughes, a Merck executive in Philly, and Welker were wed in 2017 at the Bellevue Hotel. She told the New York Times that she was drawn to Hughes because "he allowed me to be me."

Welker's career began as an intern on NBC's 'Today' show

After interning with NBC in college in 1997, Welker served as a researcher on the "Weekend Today" show early in her career. She also worked as an entry-level producer putting together newsfeeds for CBS-affiliated stations.

Her reporting career took her to a pair of ABC affiliates in Redding, California, and Providence, Rhode Island, before returning home to Philly in 2005 to work as a general assignment reporter and weekend anchor at NBC 10 for five years.

During her time in Philadelphia, Welker covered the 2008 presidential election and interviewed Barack Obama, Hillary Clinton, and John McCain. She has described that work as pivotal in landing her next job at NBC News.

"As a purple state, there is always a large focus on Pennsylvania, and particularly so during that dynamic campaign year," Welker said to The Everygirl. "These interviews allowed me to share and showcase my work to the network which helped propel me to my current position. Moreover, the experience helped me learn how to interview politicians at the national level."

When Welker made the move in 2010 to NBC's West Coast bureau in Burbank, California, she became the latest NBC 10 alum to get hired by the network's national news team – MSNBC anchor Brian Williams, former "Today" host Matt Lauer, and former NBC News president Steve Capus all started in Philly.

"I don't know if it's fairy dust, but I do think about the connection," Welker said in a 2011 Philadelphia Magazine interview. "I think it's proximity. Philadelphia is close to New York, so New York has its eye on Philadelphia."

Welker has said the long work days are one of the most challenging aspects of covering the White House is the hours. A typical day for Welker begins at 5 a.m. and runs as late as midnight sometimes.

"NBC is unique because we have a network and a cable station, so the volume of work we do is probably greater than any other network, but this is a really important moment in our history so every day I wake up invigorated to meet the challenge," Welker said to the Chestnut Hill Local in January.

During the 2016 election, Welker covered Hillary Clinton's campaign. Her election coverage earned her the recognition as a "key player" of the "women of Election 2016" by Glamour Magazine, according to her NBC News biography page. After the election, Welker returned to the White House to cover the Trump administration.

Her political reporting regularly appears on "NBC Nightly News with Lester Holt," "Today," and "Meet the Press." Her coverage of the White House has taken her to places such as Europe, South Africa, and Burma. In January, Welker became a regular co-anchor of "Weekend Today" alongside fellow NBC News reporter Peter Alexander. She described it as "the honor of a lifetime."