Inmate only had a year to serve before parole 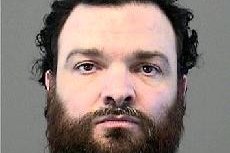 An inmate who walked away from a minimum-security prison on the grounds of Ancora, a state psychiatric hospital in Winslow Township, has been captured in Philadelphia, according to a spokesman for the New Jersey prison system.

Matt Schuman, a spokesman for the New Jersey Department of Corrections, said 41-year-old inmate Panagioti Souris was apprehended around 4 p.m. Saturday at the intersection of 6th and Market Streets in Center City Philadelphia.

Souris was surrounded by members of the Special Investigations Division of the New Jersey Department of Corrections and Philadelphia police. He surrendered to authorities peacefully without a struggle and will remain in the custody of Philadelphia police pending an extradition hearing.

Authorities at the minimum-security Ancora facility, a part of Bayside State Prison discovered Souris was missing while performing a daily bed check Saturday morning before 6 a.m.

After a roll call for all inmates, Souris was still absent, initiating the search on Saturday afternoon. Investigators did not provide information about how Souris managed to make his way to Philadelphia.

According to state records, Souris was in custody for a number of drug counts in Monmouth County, including heroin possession.

Schuman noted that his escape was "striking," considering he was eligible for parole in December 2016.

"He's putting himself in a position where he could add 3-5 years to his sentence," Schuman said.