Fatherly instincts kicked in when the toddler fell into the water 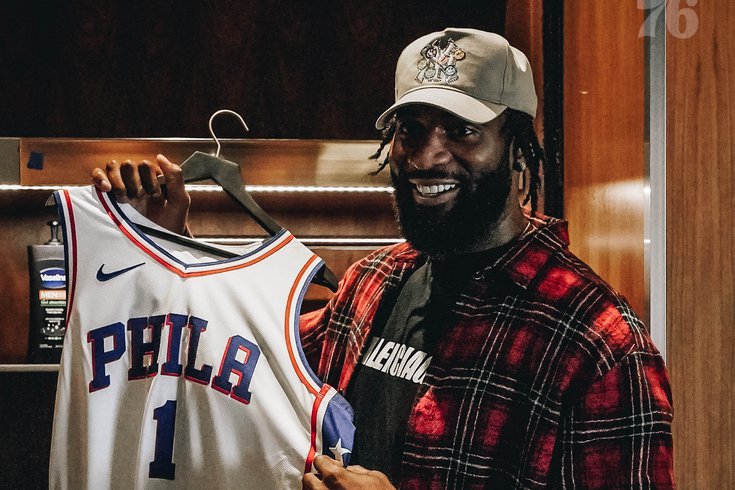 Andre Drummond signed with the Philadelphia 76ers in free agency this summer. The 28-year-old father shared a video Thursday from a camera outside his home, where he jumped into a pool to rescue his two-year-old son after he fell into the water.

Philadelphia 76ers newcomer Andre Drummond had a scary moment as a parent on Thursday morning, the kind of incident that tests a father's reflexes and instincts.

Drummond, 28, shared a video of his 2-year-old son, Deon, falling into a swimming pool outside the family's home. Within seconds, Drummond dove in to the water and scooped the boy to safety.

No one was harmed in this video pic.twitter.com/POumiU9HGk

By the end of the video, the adults can be heard saying that Deon was smiling in the moments after he was removed from the water. And while everything turned out OK because adults were there to monitor the boy, situations like these don't always end well.

The Consumer Product Safety Commission says about 379 pool or spa-related drownings of children under the age of 15 occur each year, and more than 75% are kids under five years old.

Drummond signed with the Sixers as a free agent earlier this summer and made his first appearance with the team this month, burying an on-court feud with Joel Embiid.

If there's a place for Drummond and Embiid to bond as teammates, fatherhood seems as good a bet as anything else.