An ice cream truck will be making stops around the city over the coming week, starting Aug. 12 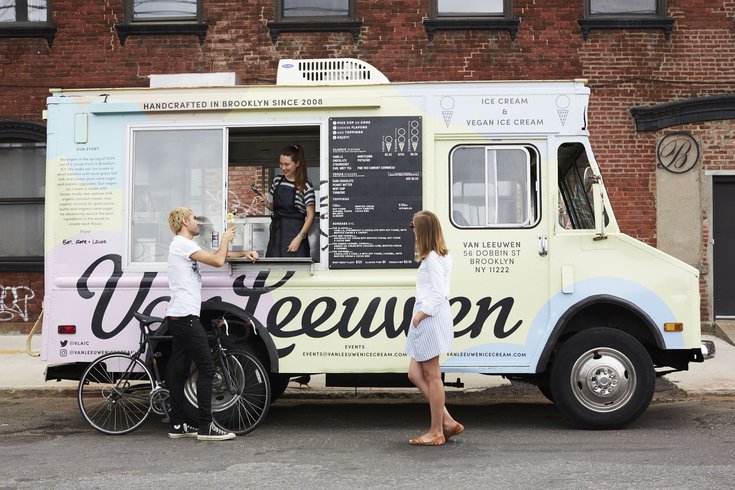 Just in time for an August heatwave, Van Leeuwen Ice Cream is putting the final touches on a new shop in Center City. The Brooklyn-based business will be giving out free scoops from a truck in the coming days ahead of the launch in Philadelphia.

Founded in 2008 by Ben and Peter Van Leeuwen and Lauren O'Neill, Van Leeuwen Ice Cream specializes in both dairy and vegan treats. The business expanded to multiple locations in New York and has locations in California, New Jersey and Texas as well, with the upcoming store slated for Philadelphia's Midtown Village, at the former storefront of Capogiro at 119 S. 13th St.

The Philadelphia location is gearing up for a grand opening next Wednesday, Aug. 18, that will include $1 scoops all day along with prizes, giveaways and swag bags for the first 100 customers.

But in advance of the grand opening, Van Leeuwen will be making several ice cream truck stops at locations around Philadelphia over the coming week to give out free scoops.

Below is the ice cream truck's schedule:

Drexel Square Park at 30th Street and JFK Boulevard) from noon to 2 p.m.

Rittenhouse Square (Corner of 18th and Walnut streets) from 4-6 p.m.

Diner en Blance (location not yet disclosed) from 8-10 p.m.