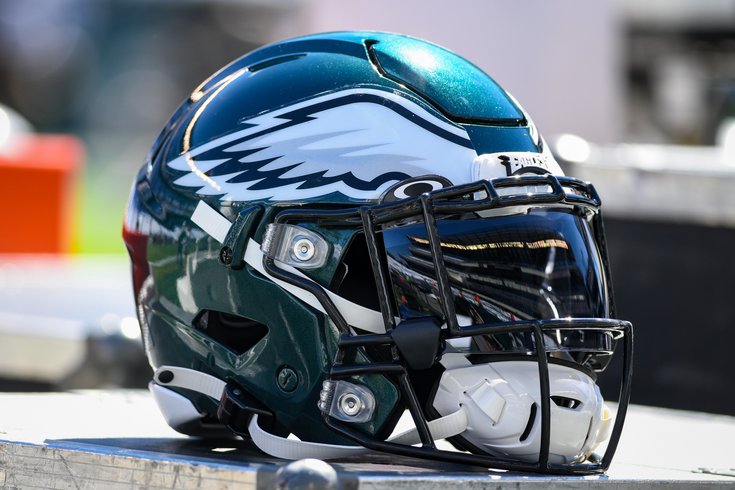 Here's a picture of an Eagles helmet.

The Eagles' run of front office departures may not be over just yet.

Andy Weidl, the team's VP of player personnel, is being brought in for a second interview for the Steelers' GM job, reports the NFL Network's Tom Pelissero.

The #Steelers are bringing in #Eagles VP of player personnel Andy Weidl for a second interview for their GM job, per source.

Weidl is a Pittsburgh native and got his start in the NFL there as a player personnel assistant from 1998-99.

Weidl has been with the Eagles since 2016 and has been in his current role since 2019, but now he might be the latest exec to leave the team.

They're at least bracing for it, per The Inquirer's Jeff McLane.

#Eagles are currently reconstructing their front office with Andy Weidl as is, but also in preparation should he get the Steelers job. https://t.co/tN1cSN2E1O

Senior football adviser, and Weidl's mentor, Tom Donahoe was reported not to be returning last week — you might remember him as the guy that was upset with Howie Roseman at last year's draft.

Casey Weidl, Andy's brother and the director of scouting, was fired. Catherine Raîche, VP of football operations, left for a job with Cleveland. And a handful of other scouts and execs either left for new gigs or were let go by the organization.

By nearly all accounts, the Eagles did well for themselves at the draft last month. But the string of departures in the background, which could include Weidl soon too, are curious.