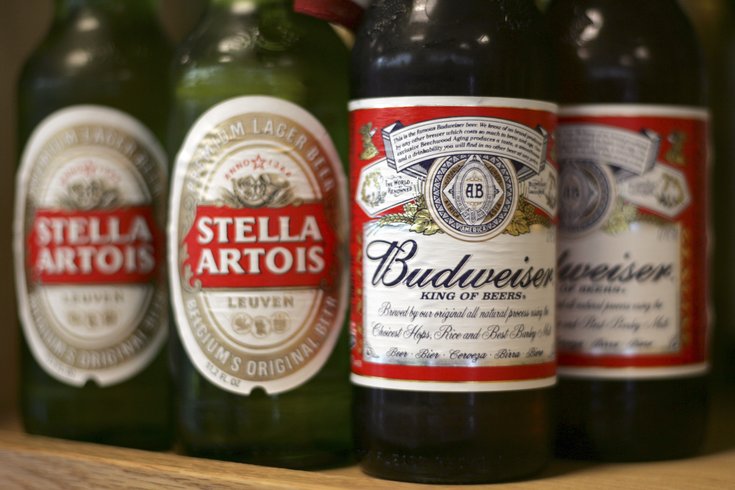 Bottles of Budweiser and Stella Artois beer are seen on display at Dixie Liquors in Washington.

Anheuser-Busch halted beer production at its Cartersville brewery in Georgia this week in an effort to aid victims of storms and flooding in Texas and Oklahoma, NBC News reports.

The company said it had stopped production late Wednesday night to produce 50,000 cans of water for the American Red Cross.

"Right now our production line is running emergency drinking water instead of beer," Cartersville brewery manager Rob Haas told NBC News. "It's something we're uniquely positioned to do in a very timely period."

The Cartersville brewery produces cans of emergency relief water a few times a year, Haas said, partnering with the American Red Cross to provide to places in need within the United States.

Hundreds of people fled areas near Texas rivers that overflowed their banks on Thursday as the state reeled from severe storms this week that killed at least 17 people, flooded cities and set a record for the wettest month.

The National Weather Service issued a flash flood watch stretching from south of San Antonio to Dallas, through Oklahoma, where severe weather this week killed an additional six people, and into Kansas.