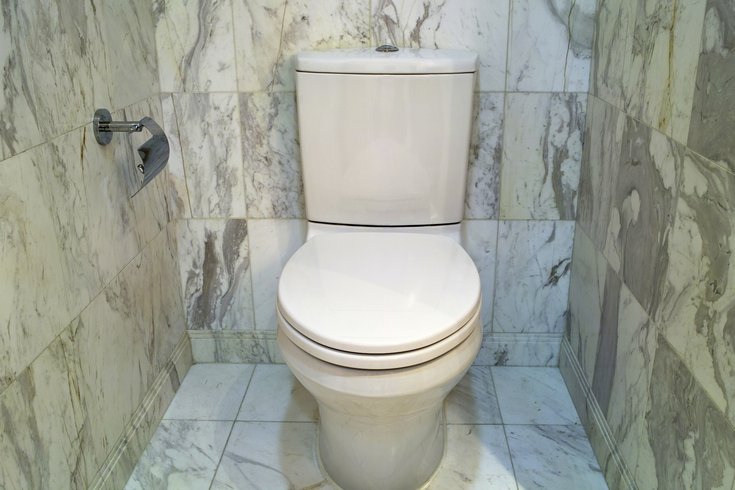 You shall never have to suffer the horrors of public restrooms again — if this app takes off in the Philadelphia region.

Airpnp is a crowdsourced emergency restroom app that folks can use to search for the nearest restroom — be it for a fee in someone's house or place of business or a bookmarked public location. According to its website, the New Orleans startup launched in February 2014. Its tagline? "Pee all you can pee with Airpnp."

The app is similar to the model used by Airbnb, a website that lists lodging hosted in people's homes. Like Airbnb, the restroom app shows users a map of their area with listings they can click on. Once clicked on, the listings show the cost of using the facility, user reviews, ratings, details and pictures. Credit card information must be entered to "book" the restroom.

There are a couple of apps — like Charmin's SitOrSquat or Flush Toilet Finder — that let users find or rank restrooms. The difference between those and Airpnp, however, is that Airpnp actually enables folks to rent out their bathrooms.

BuzzFeed reporter Joseph Bernstein used and reviewed the app in New York City and had mixed feelings. On one hand, he concluded the article saying it did what it was supposed to — which is help him find an emergency place to use the restroom. Plus, he was pleased by the user experience most times. Bernstein said he was flattered that one man lit a candle in his restroom to make it more comfortable.

On the other hand, there were some ways he said the app could improve.

First, it seems obvious that it will be sued by Airbnb, which is currently getting lots of practice in the courts. Second, it doesn’t have Airbnb’s kind of geotracking, and it auto-loads New Orleans as its default location because Airpnp headquarters is in New Orleans. Every time. Third — at least in my experience — you have to log in each time you use it, almost as if the app cannot believe someone is taking it seriously. Fourth, Airpnp asks for your credit card number a little bit too often, like an intern wrote it down on a scrap of paper but forgot where he put it. Fifth, and this isn’t quite Airpnp’s fault, but there simply aren’t very many toilets available to use in New York right now.

Philadelphia only has two places to use an Airpnp restroom. One is available for a $5 fee in University City — but be warned that there are no showers allowed. The other is a free public bathroom in Fitler Square.

Click here to check out the app or here to read BuzzFeed's review.