Are naps healthy for my overall sleep patterns? 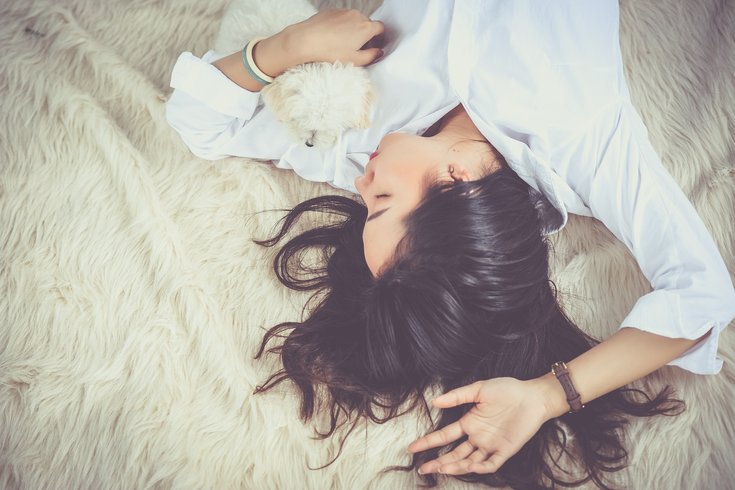 A photo of a person taking a nap.

Naps are satisfying, yes--but are they healthy?

Eager to learn whether those quick-fix snoozers are helping or hurting our normal sleep patterns, we reached out to Dr. Karl Doghramji, Medical Director of the Jefferson Sleep Disorders Center, for an explanation.

The science gets confusing because one study might say they're good if controlled and another might say it ruins your sleep schedule. Is a nap good for you?

Napping is not such an unusual phenomenon. In our society, around 20 percent of individuals take naps regularly, and other societies in Europe, and in other parts of the world, napping is more frequent. It's a common human experience. So, the question becomes, in modern-day society – what types of individuals might benefit from napping and where might it be detrimental?

The first factor in answering that is the type of condition the person has – the context the individual is living in. People who benefit from naping, in general, are those not getting sufficient amounts of sleep in a 24-hour day because they are depriving themselves of the opportunity to sleep--a critical statement. People are sleep-deprived not because they can't obtain sleep, but because of social-occupational reasons. They're depriving themselves of the opportunity to sleep. The person doesn't let the body get the sleep. That's the person who would benefit maximally from napping.

These are obviously people working long hours into the night – burning the candle on both ends, so to speak. They wake up early to go to work in the morning. Shift workers who vary the schedule of their sleep periodically from time to time because someone might work overnight. And then they sleep, through the course of the week, five days a week, the course of the day and Monday night, on the day off, they alter the sleep to sleep at night and try to do things inconsistent with the social-family obligations of the day. That rapid shift in sleep-wake times--these are folks who would benefit from a nap.

And, in general, the optimal timing for the nap is in the afternoon between 2 p.m. and 4 p.m., when most human beings have a natural dip in alertness levels. That's a good time to capitalize. We know from scientific data that napping in the afternoon tends to be more productive in terms of recuperative value compared to other times.

• Shift workers, or anyone who is capable of sleeping but doesn't, benefit from short naps to make up a sleep deficit. Insomniacs, however, have an altogether different problem and should be more mindful of if/when they nap.

• That groggy feeling you have after a nap? That's called sleep inertia and it means you've napped too long.

• "Caffeine naps," or napping immediately after consuming caffeine to feel more energized when you wake, only sometimes work in those who've consumed an acceptable amount of caffeine and wake up just in time for the caffeine to activate the body.

Wouldn't your dip depend on when you wake up?

Determining the restorative quality of the nap is the duration of the nap. So, 15 or 20 minutes would be the optimal length; any longer than that sets into motion the process of "sleep inertia," where that person will want to sleep longer and that process may disrupt circadian rhythms and cause more problems. In general, an afternoon short nap is optimal for shift workers.

The second category [of people], for whom naps may be detrimental, are those who are not getting enough sleep at night because they can't get sleep even when given the opportunity. These are insomniacs. They go to bed and sleep does simply not set in. They're awake until 2 or 3 in the morning, and they may wake up a great deal during sleep--or a combo of the two. The sleep they're obtaining on a nightly basis may be even less than a person voluntarily depriving themselves of sleep.

For insomniacs, their body is driven or hyperaroused; their internal processes are activated and this activation process--which, by the way, is not only in the brain but the rest of the body--is what prevents them from falling asleep both at night and during the day as well. These are the folks whose activation is antagonizing sleep on a 24/7 basis, and these are folks who need a little more of a sleep drive or need to be a bit on the sleepy side in order for the sleepiness process to cancel the activation, so they can sleep at night. This balance of drive and sleep is set in the direction of activation in these people, so you can, to some extent, counter this imbalance by increasing sleep drive--and one way to do that is to not have them pay back the sleep drive during the day by napping. So, napping for these folks is detrimental. The chronic insomniac, a 10-minute nap, may not be horrible, but regular naps may not be helpful.

How about caffeine naps? The idea of consuming caffeine before a nap and napping for maybe 30 minutes.

So, I don't think it's a bad idea, but the real issue is how much caffeine have you had that morning because you won't nap well if you have too much caffeine before that.

If you're feeling tired, should you listen to your body and nap? Thinking about it like hunger--if you're hungry, you eat. But that doesn't mean you always should eat, or that you should overdo it.

You could say that. You could do it in moderation. Some people eat all day long and gain weight, so hunger isn't necessarily a good barometer for when you should eat. The same applies for napping. Naps interspersed throughout the day may add up to too much sleep. And the best time to nap for recuperative value is the middle of the afternoon, when the body's ability to sleep deeply is maximized. I'd wait until the afternoon and take it at a specific time of day and set a timer to your sleep--for about 20 minutes or so.