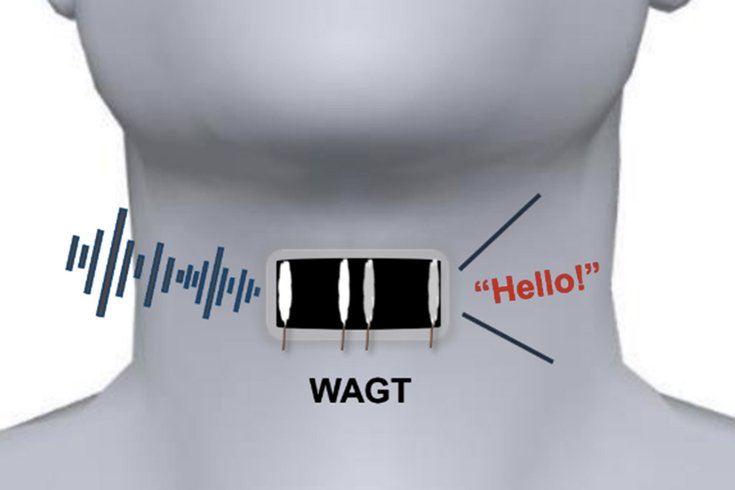 A wearable artificial graphene throat, abbreviated here as “WAGT,” can transform human throat movements into different sounds with training of the wearer.

Despite modern society being overrun by social media and smart devices, vocal communication — a complicated internal process often taken for granted — is still a very important aspect of daily life.

A single injury to the vocal cords can take away a person’s ability to speak forever. But a Chinese research team has created an “artificial throat” that could grant patients rendered mute by injury the ability to "speak" – without surgery.

The artificial throat is a wearable, temporary tattoo-like attachment to the neck which can turn throat movements into sounds, according to researchers reporting in ACS Nano journal this week.

The device is about the size of two thumbnails and affixes to the patient’s throat with water — just like a temporary tattoo. The “brains” of the device, connected to an armband worn by the patient, controls its ability to transform their movements into words.

By just moving their mouth as if they were talking, the device proved successful in translating the patient’s neck movements into audible words.

Researchers believe that with enough time and training, users could quickly learn how to work with the device to become vocal again.