Ask Hickey: Is it really illegal to flirt in this Philly suburb?

Perusing the legal code of Haddon Township for answers 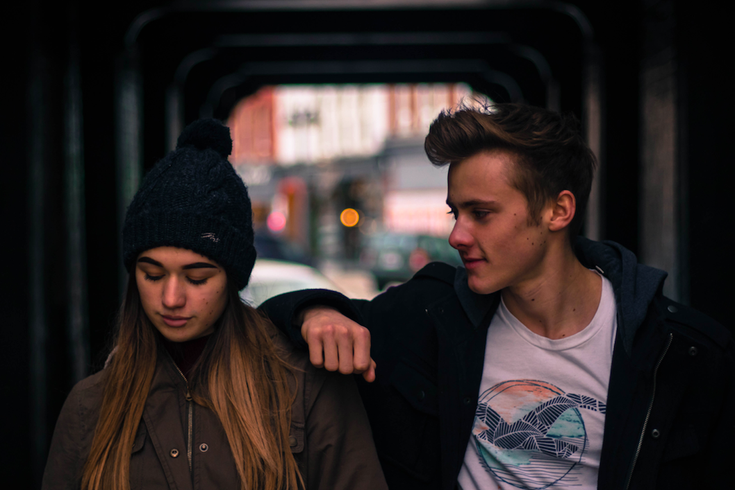 The law in one South Jersey town prohibits 'approaches any person of the opposite sex unknown to such person and by word, sign or gesture attempts to speak to or to become acquainted with such person against his will.'

Can you confirm that it's illegal to flirt in our hometown of Haddon Twp., N.J.? This might give hope to some of our town's, um, more unfortunate gentleman suitors. - Tony A., via Facebook and Twitter

Always great to hear from people from the town where I was born and raised, Tony. Go Hawks; 08108 4 Lyfe!

Having spent my elementary and high-school years in The Twp., I did, in fact, have some run-ins with the law and - though I do not live there anymore - know officers on the force, what with one having grown up across the street from me and others as classmates at H.T.H.S.

As to the former, my parents were none too pleased when they got the call one spring night my senior year that probably went something like this: "Come get your son. We caught him drinking in the woods underage. He and some friends were playing soccer with a beer ball that they'd apparently emptied."

I share this story both to establish street cred, and acknowledge the depth of my knowledge regarding local laws.

Looking back, I was not much of a flirt during my time in Township. I had girlfriends, sure, but a rail-thin, loud-mouthed fellow doesn't fare well in the flirting pool, at least not then, if I even knew how to flirt at that stage in life.

Which is to say I never had any flirting-related legal entanglements because, having pursued an answer to your question, I learned that it is, in fact, illegal to flirt in Haddon Township, Camden County.

Well, depending on how you interpret Chapter 175 Section 12 of the township code, which Township Clerk Jenai Johnson sent my way when I asked this unusual question. (Thanks, Jenai!)

The section name: Offending or annoying persons in public places.

Its location in the code: Between sections governing public nudity and disturbing religious worship.

There's a lot to parse here, but I'll tell you my initial thoughts: This isn't as goofy as the annual stories about odd laws (whether they be blue or new) going into – or out of – effect.

It seems to address anybody with a clipboard asking passersby to help starving children or the environment as we're wont to see all over the place in Philly and, to a lesser extent, the suburbs.

That "any person of the opposite sex unknown to such person" hones in on your flirting question. Seems to me that this law directly targets catcalling which – in this day and age, per those subject to it and all people with dignity – is an exemplary move. (The targeting, not the catcalling, to be clear.)

Now, catcalling isn't flirting. It's obnoxiously, offensively crass. But the language of that code - specifically, "by word, sign or gesture attempts to speak to or to become acquainted with such person against his will" – can easily be interpreted as covering unwanted flirtation.

Yes, I suppose it technically is illegal to flirt in Haddon Township, N.J.

So, I guess my advice to the single men of the 08108 is be tactful in public. If a lady wants to talk to you, wait for her to send an obvious sign.

If that invited flirtation leads to love, marriage and baby carriage, don't let your teenagers drink in the woods back near Stone Hill. Johnny Law can be stealth.