Ask Hickey: Should Philly be more embarrassed of the Mummers or Wing Bowl? 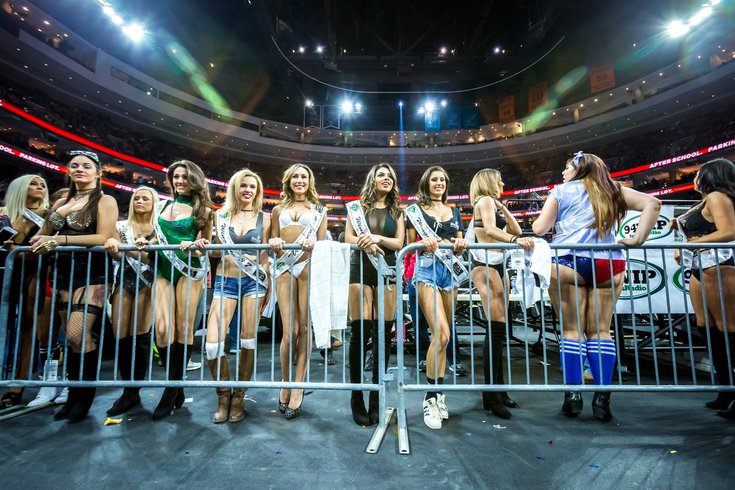 Ranking unsavory events by their unsavoriness

This is a very vague question. I will do my best to answer it from numerous perspectives, though.

Wing Bowl and the Mummers Parade are similar in many ways. Namely, the Mummers comics and wenches divisions emerge from the same creative swamp as Wing Bowl contestants’ introductory floats.

Take this year’s Wing Bowl, for instance. What caught my attention – besides the Wingettes (because duh) – was Hank the Tank’s skit in which an imposter Donald Trump simulated sex acts with an imposter Hillary Clinton. You can see more about that via this link because it was such that I had to catch up with said imposters to learn more about their creative inspiration.

To many, it was an offensive totem of all that wrong in the gender-relational world. To some, it was funny. Me? I sided with the former more than the latter.

But my objections were not as vehement as those I held for many Mummers Parade sits that belittled – on a public street – folks on racial, sexual-orientation and common-sense grounds. 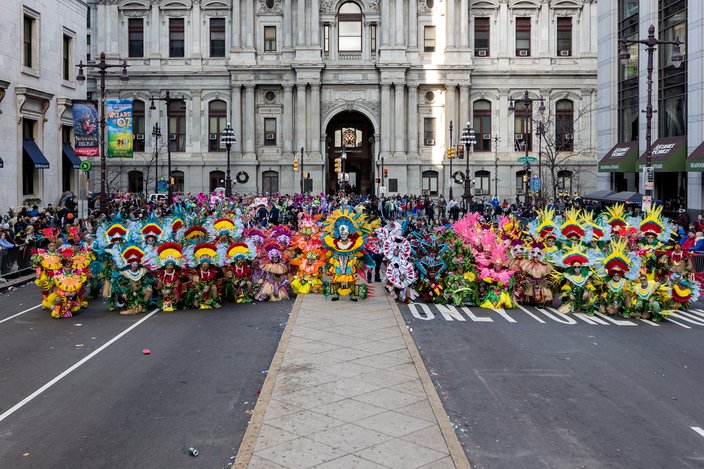 From a positive-for-Philly standpoint, I’d say the Mummers are better than the Wing Bowlers.

The string bands are really cool and – as I’ve heard from haters of pieces I’ve written about hating the parade – they do give back to the community during the year. (If they’re a friend of Santino Stagliano, they are a friend of mine.)

Meanwhile, the Wing Bowl is all about getting hammered as the sun rises and walking out into the bright sunlight to help support the city’s strip-club economy. Yes, supporting local businesses is good, but it’s not enough to counteract the benefits of year-round Mummery.

If your question pertains to who would win a Greasers vs. Socs brawl between a group of Mummers or Wing Bowlers, the answer is two-fold.

Participants? Wing Bowlers would go all early-years Tyson on they a**es. They got heft, and they ain’t as old as some of the Mummers.

Attendees? I’m leaning Mummers attendees. Wing Bowlers just get hammered and yell for boobs; Mummers folks got that South Philly edge to ‘em. I’ve written enough mob stories to respect the hell out of that.

If you’re asking about the two from a morality standpoint, that’s easy: Mummers win. Their offenders are a small part of the whole. Wing Bowl’s offensiveness permeates the entire arena.

If you’re asking which I’d let continue if I were elected king and had the regal powers to do away with one, I’d probably respond Wing Bowl.

If you’re asking which I’d participate in – neither. I’m a finicky eater and not keen on dancing about with a parasol in the street to some skit that doesn’t meet my creative standards.

If you’re asking which I’d attend, well, Wing Bowl – because I’ve attended four or five in the course of my journalistic work while blessedly having avoided ever going to the Mummers Parade.

I want to close on this important note, though: Neither the Mummers nor the Wing Bowl is offensive as Dîner en Blanc. That spectacle of entitlement is the worst thing to happen annually in Philadelphia. This is as real as real talk gets.

Stupid is as stupid speaks

Why do we say “It’s always the last place you look” when we find something that's lost? Wouldn't it be silly to continue looking after we found whatever it is we were looking for? (Matte K., via Facebook)

Anytime you find something, you do so in the last place you looked for it. This is just a basic statement of fact. It’s always the case.

I mean, I can understand if someone’s saying it as shorthand for, “Man, I always spend so much time looking for stuff and it’s never where I think it’s going to be until a long, tireless search.” Still, it makes no sense.

There was a thread on ILovePhilosophy.com about it if you want to read more, but I don’t reckon you will. We’ve addressed this topic thoroughly at this point.

People should knock it off with that phrase.