Ask Hickey: Why don't they have movie theaters in airports? 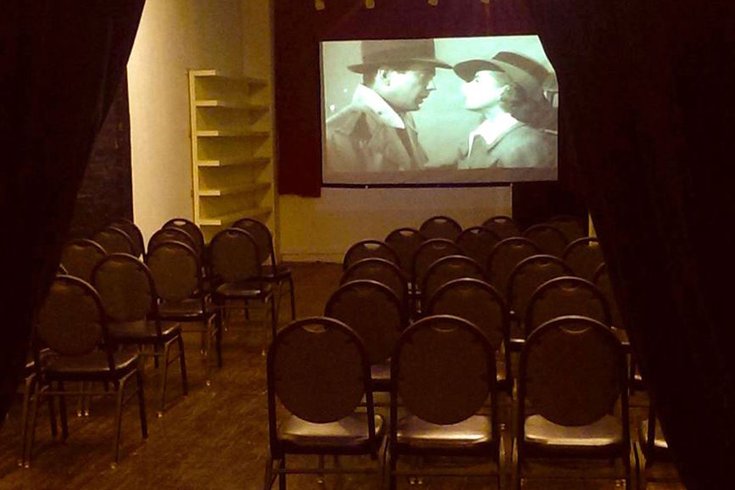 The new South Street Cinema is located at 327 South Street, Philadelphia, PA 19147. Perhaps a movie theater in an airport would resemble it.

Why don't we put entertainment options in airports the way we do in malls? Movie theaters, bowling alleys, Dave and Buster's, maybe. People would love that, right? - John Infanti, via Twitter

This question was a direct effect of a gentleman named Ryan Maino's Statement Tweet from around lunchtime on February 27: "I said it before and I'll say it again: airports should have small movie theaters."

Anybody who's ever had an extended layover at an airport is all like this gif now. I know I was. Heck, in a 2013 poll, some 49 percent of respondents said that having a movie theater was the top addition to their ideal airport.

I'm all for a bowling alley and, for the children, a Dave and Busters/Chuck E. Cheese type arcadeland, too, but for the sake of this column, we'll focus on motion-picture offerings.

I have a good friend who's plugged into airport economics and square-footage profitability. He said capitalism causes the airport-theater dearth.

All space inside an airport has to derive revenue and, with airport construction costs being the "highest per square foot," using space in such a fashion – as opposed to a gift shop, bar, food court or sunglasses kiosk – wouldn't make fiscal sense.

His stance is backed up by an expert quoted in a Los Angeles Times article from around the time that poll was released. To wit:

"The economics of providing a movie theater in a U.S. airport are unfavorable," said Bob Hazel, an aviation partner at Oliver Wyman, a New York management consulting firm. "Airport construction is just about the most expensive form of construction there is."

Translation: Airports would have to charge, like, $50 a seat to recoup its investments.

Despite that, he said some airports do, in fact, have movie theaters. He cited Abu Dhabi, Singapore and Portland, Oregon as examples.

Portland opened its theater last year. It followed in the filmsteps of Minneapolis-Saint Paul International Airport which, per this CNN article, became the first U.S. hub to have a movie theater in 2014.

We're behind the curve on this, fellow Americans.

Another wrinkle here that could tamp down any rush to install theaters in airports: Those phones and laptops and iPads we carry can show movies too, which makes the audience less captive than in previous decades.

5 MOVIES TO WATCH IN AN AIRPORT THEATER

Airplane! (1980): I mean, there are some dicier scenes in here that could trigger the flight-phobic but it's the quintessential movie about airplanes (It's right there in the title, after all). And, the more people inspired to speak jive in the air, the better.

Also, I've come to the realization that should be obvious to all of us: Kevin Hart is totally going to remake this film and cast Joel Embiid in Kareem Abdul Jabbar's role. Bank on it.

Casablanca (1942): Because it's one of the all-time greatest films, and particularly because of this scene:

Home Alone (1990): Fun for the whole family. Especially elementary school-aged kids who imagine how awesome it would be if their folks took off for the airport without them.

Top Gun (1986): C'mon. You knew this'd be on here. Sure, you'd probably have to edit Goose's death out, which is fair. RIP Goose. Gone but never forgotten.

Up in the Air (2009): You know what helps when you're stuck at an airport for a long time? To know things could be worse. As in you could fly 10 million miles and lose touch with who you are and where you're from until it's too late. (Also, this is one of the most underrated movies of all time.)

5 MOVIES NOT TO WATCH IN AN AIRPORT THEATER

(This is above and beyond the obvious plane crash-focused ones, of course.)

Alive (1993): Nobody wants to think about crash-related cannibalism when they're about to board a flight, folks.

Die Hard 2 (1992): I love Bruce Willis' John McClane oeuvre as much as the next 'Merican, but in this day and age, I'd rather not contemplate the possibilities of U.S. Army Special Forces honchos going rough and taking over an airport on Christmas Eve.

Pushing Tin (1999): Yeah, no, not interested in worrying about the air-traffic controllers who we entrust our lives when we fly trying to out-bravado one another. It's one of those out-of-sight, out-of-mind angles of taking flights. Throw Flight (2012) into this mix, as well.

The Langoliers (1995): Fine, this is a TV mini-series but hoo boy, the Stephen King adaptation still haunts me two decades after first seeing it. Not familiar with it? Here's a recap:

Yes, that was the Hack - David Morse! - and Balki Bartokomous you saw.