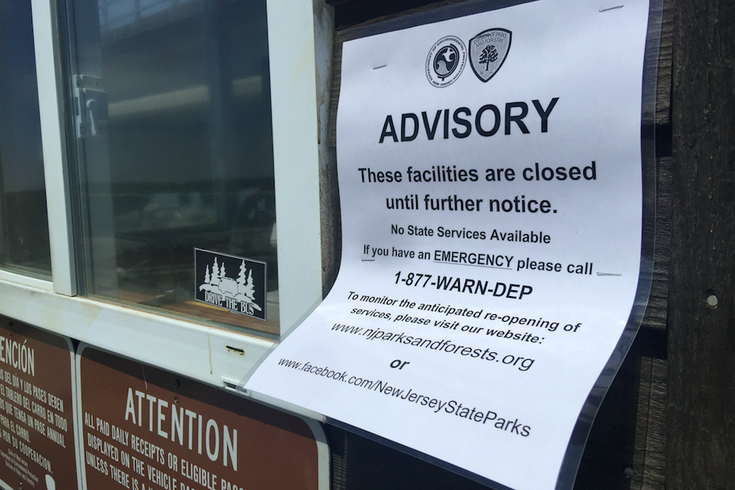 A sign on the cashier's booth notified people that Corson's Inlet State Park in Ocean City, N.J. was closed because of the government shutdown that started less than 12 hours earlier on Saturday morning.

When New Jersey lawmakers missed a deadline to avert a state government shutdown at midnight Saturday, one immediate concern for some people down the shore was how it would impact access to the popular Corson’s Inlet State Park.

So, we stopped by the 341-acre park encompassing parts of Ocean City and Strathmere to check it out.

On a typical summer Saturday, the park is thick with people boating and fishing and paying for the privilege. On this Saturday, not a whole lot was different, other than the laminated notice stapled to the cashier’s booth that stated, “ADVISORY: These facilities are closed until further notice. No State Services Available,” and the six orange traffic cones and barrels gathered together under a string of yellow caution tape, which only blocked three-quarters of the entrance to the parking lot, dock and fishing area.

In other words, at this one of 42 state parks and beaches potentially impacted by the shutdown, people could still come and go as they pleased. Which they did. To fish. And park. And hike. And put their jet skis and other watercraft into the water – without having to pay the normal $12 or $20 fee.

Several people I talked to there had a good laugh about the situation that most didn’t even know was going on.

One gentleman who just loaded a jet ski into the inlet told me the only difference was that the cashier’s booth was empty.

Another figured they’d wait until Monday to hash it out, what with courts being inexplicably (to him) open on Monday. He also rued the fact that he didn’t park his passenger car in the spots reserved for vehicles with trailers, a dynamic generally frowned upon and punished (but not on this day!)

“None of this was here at 7 a.m.” – Bob Carter, fisherman from Mt. Ephraim

And then, there was Bob Carter, who was headed back to his pickup truck to get more fishing bait. He’s from Mt. Ephraim, Camden County.

“You can come in here all year and nobody bothers you, but because the government shuts down, someone came here and coned it off on a holiday weekend?” Carter said around 11 a.m. “None of this was here at 7 a.m.”

Pro tip: If you’re looking for a free place to put your jet ski in the water, hit Corson’s Inlet before the government sees this story and blocks off the open part of the entrance, which you know they will.

In any event, here are a few photos from the government shutdown’s “impact” at Corson’s Inlet State Park: 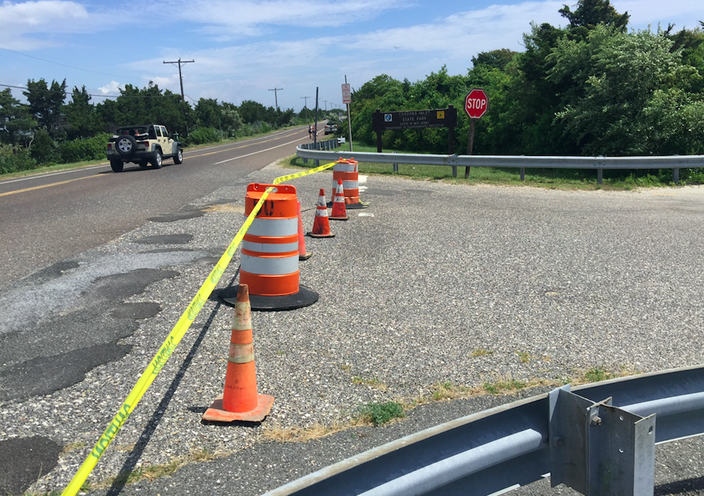 A bunch of cones and traffic barricades were placed at the entrance to Corson's Inlet State Park in Ocean City, N.J. sometime during the morning of the government shutdown. 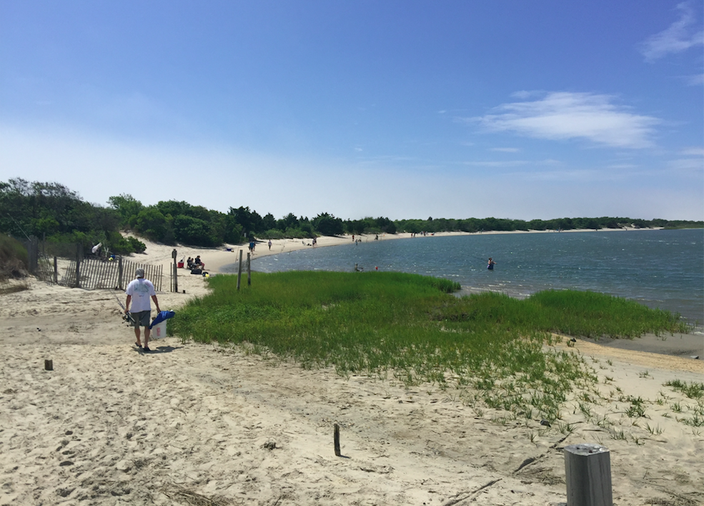 It was (free) fishing as usual at Corson's Inlet State Park just before noon on the day that the N.J. government went into shutdown mode. 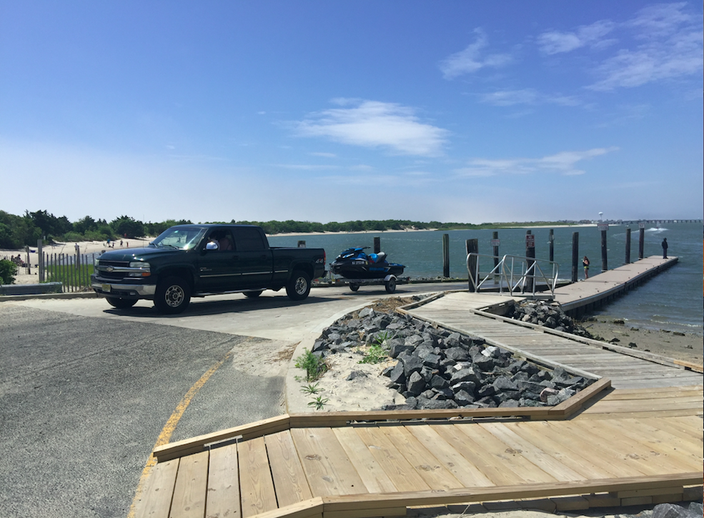 Normally, the state of New Jersey collects a fee from people who want to use the dock at Corson's Inlet State Park. Now that the government shutdown's in effect, though, people can take advantage of the offerings for free.