Fabrizio Stabile, 29, died in September after trip to Texas resort 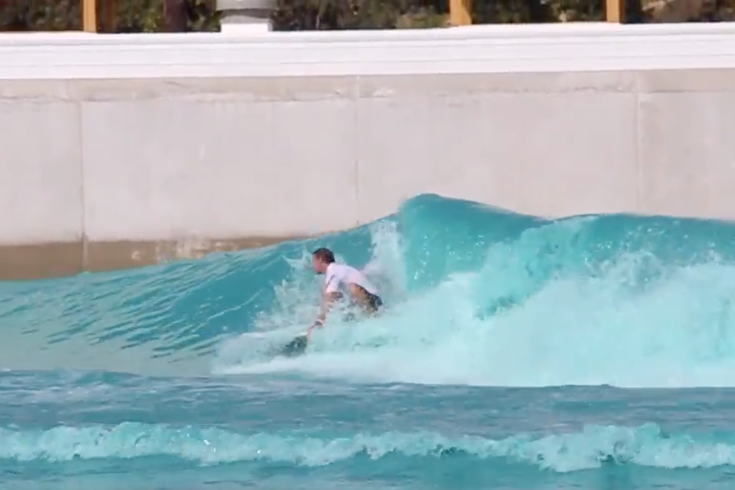 A surfer rides a wave at BSR Surf Resort in Waco, Texas, where a New Jersey man allegedly contracted a deadly 'brain-eating amoeba.'

The parents of an Atlantic County man who died from exposure to 'brain-eating amoeba' are suing the Texas water park their son visited weeks before his death.

Rita and Vincenzo Stabile, parents of 29-year-old Fabrizio Stabile, are seeking more than $1 million in a lawsuit against the BSR Surf Resort in Waco. The lawsuit was filed April 10 in District Court of McLennan County.

The lawsuit alleges the water park covered up a “pathogen soup” in which Naegleria fowleri, the amoeba which is believed to have eventually killed Stabile, was able to thrive.

The Stabile family contends the water park “should have known that there was a substantial risk of a recreational water illness at the BSR Surf Resort”, and that the defendants “breached their duty to keep the water safe”.

Stabile and a group of friends traveled from Atlantic County to Waco in early September to surf and swim at the water park, according to the Waco Tribune.

The suit claims the amoeba entered Stabile’s body through his nose, and then migrated to his brain, causing “horrific injury and pain” before he ultimately died on September 21.

The Tribune reported that water park owner Stuart E. Parsons Jr. said in a statement that “only God knows where [Stabile] got the amoeba.”

A U.S. Centers for Disease Control and Prevention study in the wake of Stabile’s death determined the water park’s water quality indicated a “treatment failure,” according to the suit. The study said the water, when warm, would create conditions “amenable” to growth of the amoeba believed to have killed Stabile.