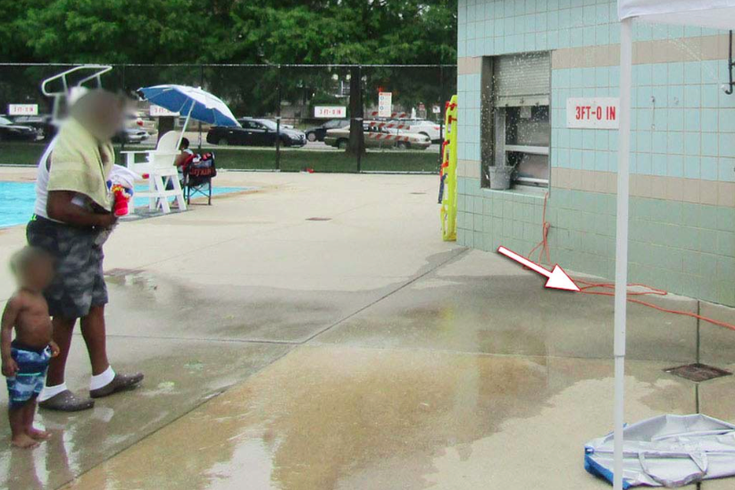 Swimming season may be winding down in 2017, but a new audit released this week says more than half of the public pools in Philadelphia are in need of attention for a range of repairs and hazardous conditions.

City Controller Alan Butkovitz, following up on a 2014 audit, found that just 30 of Philadelphia's 81 public pools and spray grounds were observed to have a safe, secure environment for swimmers and visitors.

The remaining 51 pools and spray grounds maintained by the city contained conditions that ranged from minor to potentially hazardous, inspectors found. Some of the issues have persisted since the previous audit, which found that around 70 percent of the city's pools were safe and secure. Conditions at many pools have deteriorated since that time.

Inspectors summarized some of their most alarming discoveries, including the following:

• The pools at Mander and M.L. King had electrical cords submerged in water in areas accessible by visitors and staff, creating a potential shock hazard.

• The Morris Estate pool had a broken ladder marked with yellow caution tape, which blocked egress from the pool. This was the same condition observed in 2014.

“That latest round of inspections demonstrates that our city’s water recreation sites need sizable attention,” Butkovitz said. “The number of good-standing facilities versus those needing repairs completely reversed itself in just three years.”

Butkovitz noted that neglecting these repairs and hazards can have serious consequences. Three years ago, at South Philadelphia's O'Connor Pool, three children were hospitalized after they were shocked by an electrical current while climbing a ladder to leave the water.

“Many of these conditions can be corrected by taking the appropriate actions,” Butkovitz said. “Our review is meant to be a guide for Parks and Recreation to assist with prioritizing repairs."

City Council recently approved Philadelphia's $500 million ReBuild initiative, a Kenney administration plan to revitalize more than 400 parks, recreation centers and libraries across the city. The city's pools, which are eligible for aid under the ReBuild initiative, will need $100 million in combined repairs, Parks and Recreation said earlier this year

On the positive side, the controller's audit found that Philadelphia's lifeguards were actively monitoring pools, lifesaving equipment was present at all locations and Water Safety Inspections reports had been completed at all facilities by Parks & Recreation staff.

“Our findings emphasize the need to obtain additional financial resources in order to provide the best water recreational facilities for all Philadelphians to enjoy," Butkovitz said.