The baby langur was born last month and is 'doing great!' 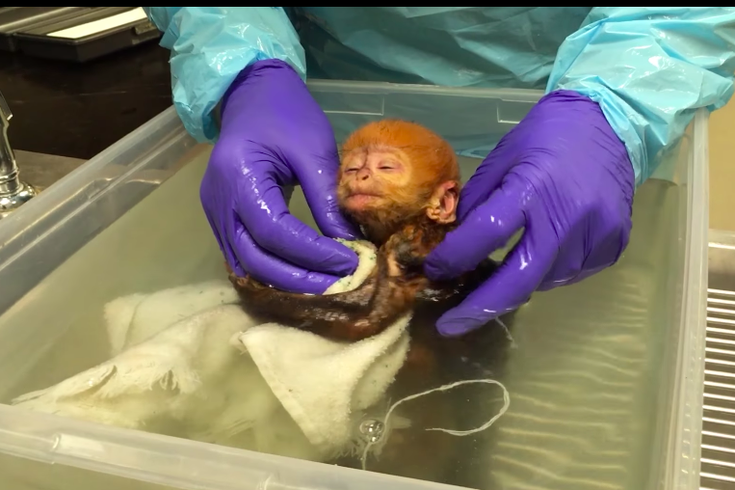 Courtesy of the Philadelphia Zoo/Facebook

A baby langur was born at the Philadelphia Zoo last month.

A baby François langur was born at the Philadelphia Zoo last month — the first of the species to be born at the zoo, employees reported Friday.

The female langur, which is a type of monkey, was born Dec .13 to first-time parents Mei Mei and Chester.

The Zoo posted the news to social media in a video that shows her getting bathed and fed before clinging to one of her parents.

The langur was named Quý Báu, pronounced “Qwee-bow,” which means “precious” in Vietnamese. These langurs are native to Southern China and Northern Vietnam.

The team at the Zoo noticed Mei Me wasn't attending to her new baby, which is a common phenomenon for first time moms, the Zoo said.

"So our vet staff took the baby to the animal hospital for a warming bath and some food," according to the Facebook post. "Since then, she and mom have bonded and the entire family is doing great!"

This species of langur are in danger of going extinct, according to the International Union for Conservation of Nature.

While the Philadelphia Zoo is closed to the public due to COVID-19 restrictions, they have online services available, such as the Penguin Point Cam, animal adoption and at-home lesson plans.