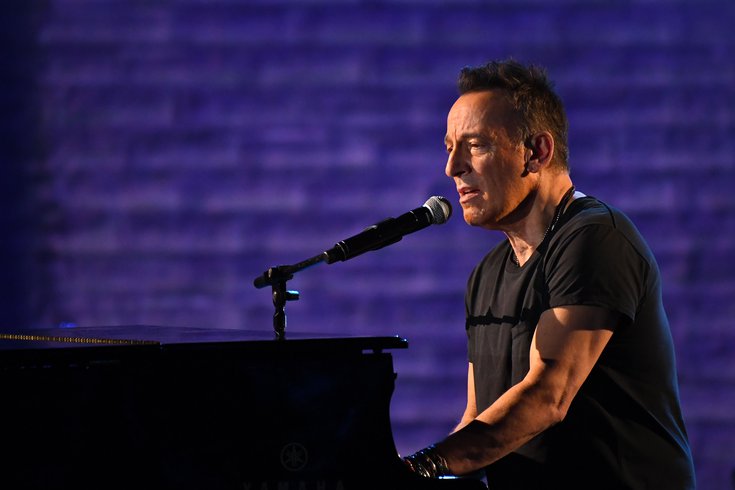 Bruce Springsteen, Jon Bon Jovi and Ant Clemons, of Willingboro, Burlington County, will be among the musicians to take the stage during the 90-minute prime-time special airing 8:30 p.m., Jan. 20.

Justin Timberlake, John Legend and Demi Lavato also are set to perform during the concert, and Tom Hanks will host the event wrapping up the Inauguration Day festivities.

According to the Biden Inaugural Committee, "Celebrating America" will highlight the strength of U.S. democracy, the perseverance of the American people and the ability to come together during tough times. Frontline workers, health care workers, teachers, citizens giving back and those breaking barriers will be celebrated throughout the night.

Biden and Vice President-elect Kamala Harris will speak during the event.

Actors Kerry Washington and Eva Longoria will step in to introduce stories of "young people making a difference," and "American heroes," NJ.com reported.

"The power of the American idea has been abandoned," he said. "It's a terrible shame, and we need somebody who can bring that to life again … I think if we get Joe Biden, it's gonna go a long way towards helping us regain our status around the world."

The televised special is one part of the remote inauguration event line up. Because of the COVID-19 pandemic, no in-person events will take place, as there have been for past Inauguration Day celebrations – that means no inaugural balls or parades, Politico reported.

Safety concerns due to the riot at the U.S. Capitol on Jan. 6 have resulted in tight security in Washington, D.C., ahead of the inauguration. The FBI has warned about the possibility for violence in the coming days, and the National Guard was deployed to the Capitol this week.

"Our first priority is safety — so while many of us will be watching safely from our homes, we are creating real moments of connection that highlight a new inclusive American era of leadership that works for and represents all Americans," Tony Allen, CEO of the Presidential Inaugural Committee, said.

The inaugural concert will be broadcast on ABC, CBS, CNN, NBC and MSNBC, and be livestreamed on YouTube, Facebook, Twitter, Twitch, Amazon Prime Video, Microsoft Bing, NewsNOW from FOX and AT&T DirectTV and U-verse.

The inauguration is expected to begin at about 11:30 a.m. on Wednesday, Jan. 20 and Biden will take the oath by noon. At the inaugural ceremony, Lady Gaga will sing the National Anthem and Jennifer Lopez also will perform a song.

A display of 191,500 flags, called "Field of Flags," will be set up on the National Mall during the ceremony to represent the American people who are unable to attend the inauguration, Deadline reported.

"This inauguration marks a new chapter for the American people — one of healing, of unifying, of coming together, of an America united," Allen said. "It is time to turn the page on this era of division. The inaugural activities will reflect our shared values and serve as a reminder that we are stronger together than we are apart, just as our motto ‘e pluribus unum’ reminds us — out of many, one."