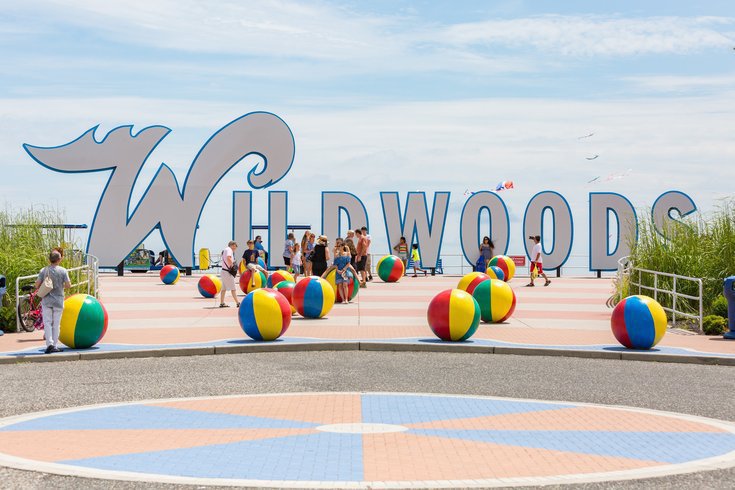 South Jersey native Tyler Norris, a contestant on the 'The Bachelorette,' took season 19 co-star Rachel Recchia on a hometown date to the Wildwood boardwalk on April 25, 2022. The next season of the reality series premieres July 11 on ABC.

The upcoming 19th season of "The Bachelorette" will feature an interesting twist as two women get an extended run as co-stars of the reality series, which will have 35 contestants vying for their affection. One of those lucky guys, a South Jersey native, was spotted on a hometown date at the Wildwood boardwalk on Monday.

Filming for the ABC series usually offers some spoilers about which contestants are likely to last the longest, since certain segments of the show only apply to those who survive the initial rounds of elimination.

In March, we learned that 25-year-old Tyler Norris, of Rio Grande in Cape May County, would be one of the suitors for co-bachelorettes Rachel Recchia, 26, and Gabby Windey, 31. Both women were finalists in the last season of "The Bachelor" and were dispatched by polarizing star Clayton Echard.

There's good reason to believe that Norris, a Wildwood Catholic graduate, will have a real shot with Recchia on "The Bachelorette."

Norris and Recchia were joined by film crews on the Boardwalk and got an exclusive experience at Morey's Pier, which would normally have been closed yesterday. Wildwood Video Archive shared footage of the love birds on the boardwalk and said the area had caution tape to allow for uninterrupted production.

Reality Steve, the internet's most avid blogger for the series, posted videos of Norris and Recchia strolling the boardwalk and playing games together. The pair were seen at The Hot Spot at Morey's Pier, riding bumper cars and getting some funnel cake.

The season premiere of "The Bachelorette" isn't until July 11 — a later-than-usual start — and it's unlikely the Wildwood footage will air much before late August or early September.

Norris, a Cabrini University graduate, is the owner the Spirit Ball shop on the Wildwood Boardwalk, according to his LinkedIn profile. Recchia, a commercial pilot and flight instructor based in Florida, is a jetsetter who seems to be charmed by Norris' South Jersey upbringing.

It will be months before this unusual season of "The Bachelorette" unfolds, but the scenes in Wildwood are a good sign for rooting interests in New Jersey.