By Bryan Bierman
PhillyVoice Contributor
Bad For You Ice Cream 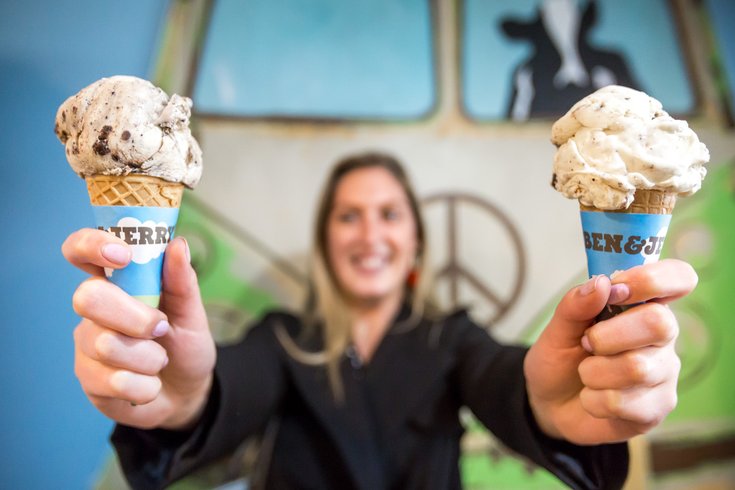 "There ain’t no such thing as a free lunch.”

This saying became very apparent to me as I was walking to Ben & Jerry’s downtown. It was their annual Free Cone Day and I was going to get myself some ice cream.

On my way, a little old woman stopped me on Walnut Street, grabbed my hand and jammed a brown beaded bracelet on my wrist. It appeared she was asking for donations for some sort of Buddhist organization. She flashed me a book of names of previous donors and I saw “$50” written in there and got worried. After trying to explain that I did not want the bracelet, she didn’t seem to understand, so I finally gave her two $1 bills. Having seen three $1 bills in my wallet, she requested the third dollar, but I declined. 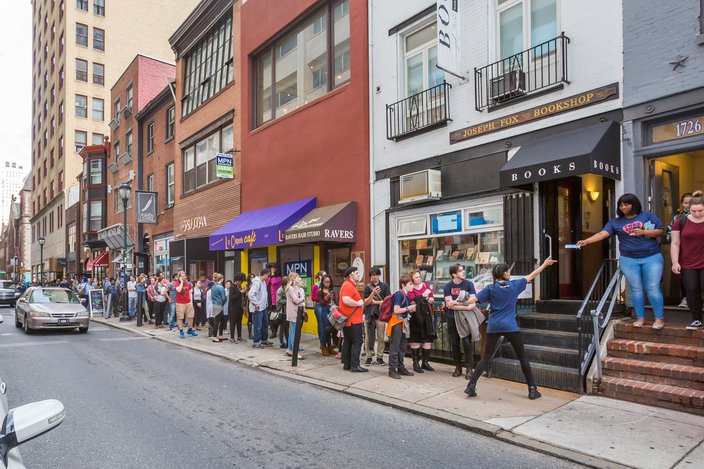 The line for 'Free Cone Day' stretched along the 1700 block of Sansom Street Tuesday afternoon.

She looked disappointed but accepted the money. I just walked on. The bracelet had a Chinese character on one of the beads and the gold card she gave me read “WORK SMOOTHLY LIFETIME PEACE.” I started to think that these beads were promising me a lifetime of peace, which, for $2 was quite a steal.

Upon investigating on the internet, I quickly learned that this is a known scam around the world. These people are not Buddhist monks or nuns, nor are they affiliated with any specific organization.

Having just learned I got burned, by the time I got to the Ben & Jerry’s Scoop Shop around 1:45 p.m. to a line of about 35 to 40 people outside, I was more skeptical and cynical than usual. Next to the line was a man asking for donations for an organization that I won’t name here since they actually sounded like they do good work. That’s when he announced to everyone that donations will get you to the front of the line.

This actually made me laugh out loud. Any other day you could just buy ice cream, but today you could pay to go to the front and get free ice cream. I was amused that people will give this guy money, not because of what the particular cause was, but strictly on the basis that they want free ice cream and don’t feel like standing in line to get it. 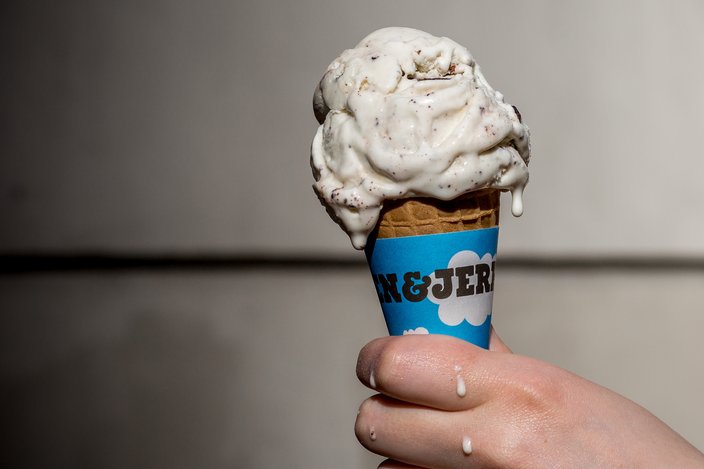 Let’s also not forget the main reason for Free Cone Day, which is ultimately a major corporation trying to gain new customers by bringing them in the door. There is nothing wrong with this, it is a business tactic. Rita’s does the same thing every first day of Spring. However, it is not the “Thank you” to its customers as Ben & Jerry’s like to claim it is.

While I went to the Sansom Street store intending to try out one of their new cereal-inspired ice creams, I quickly found out that it was not one of the flavors they were giving away. This shook up my game as I did not prepare to choose another flavor. I flirted with choosing Chocolate Chip Cookie Dough—tied with Turkey Hill’s Mint Choco Chip for my all-time favorite ice cream—but made myself pick a flavor I’d never had before. 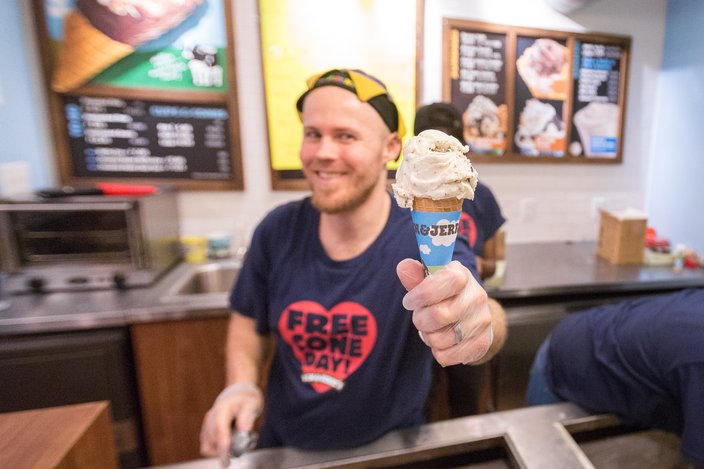 Instead of getting back in line, I decided to go see what flavors the University City location was offering. While they also didn’t have the cereal ice cream, they had a new flavor called Truffle Kerfuffle which I decided to try. I stood in line for only about 5 to 10 minutes each time, though it was still early. I’m sure as the day went on and people got done with work and school, the line was significantly longer. (I’m sure the donations were coming in faster as well.)

Truffle Kerfuffle—"Vanilla Ice Cream with Roasted Pecans, Fudge Flakes & a Salted Chocolate Ganache Swirl”—was definitely the weaker of the two, but still a solid flavor. The first thing I noticed was the size of the pecans in the scoop. These weren’t crushed up, these were full-size pecans jammed in there. The salted chocolate swirl was a game changer as it took a lot of the flavors from my first cone and flipped them on its head. There was a more “earthy” feel to this one, with the tantalizing saltiness and the rich taste of the pecans mixing in with every bite.