March Madness, St. Patrick's Day, and Shamrock Shake season all in one

By Bryan Bierman
PhillyVoice Contributor
Bad For You McDonald's 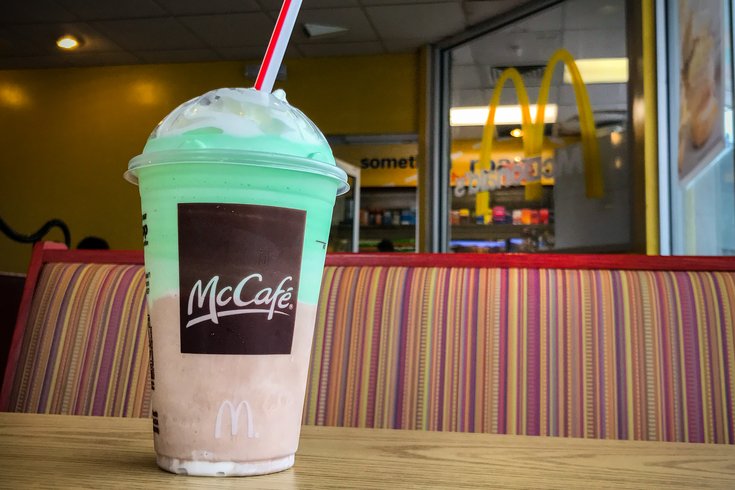 Here at Bad For You, we focus a lot of our entries on limited time and limited edition food items. As mentioned with Cadbury Eggs, the art of the limited time item is a tough one to master. Very few have done it with a consistent amount of success. McDonald’s is arguably one of the best in the world at this type of marketing, given their track record of seasonal releases like the Shamrock Shake and the occasional sighting of the McRib, the Halley’s Comet of rib-based fast food sandwiches.

In this way, the company has taken products that the public loves and uses a good amount of restraint to hold back on making these items available year-round. Then, when they do come out, it’s like, "Oh snap! It’s Shamrock Shake season!" and sales are pretty good.

Usually released in February to build for St. Patrick’s Day, McDonald’s Shamrock Shake is a vanilla milkshake mixed with green-dyed mint flavoring and is a very refreshing taste of spring. Originally released in 1970 as the “St. Patrick’s Day Shake,” the green milkshake was first lemon-lime flavored, then become just a green vanilla milkshake. It wasn’t until 1980 when the famous mint flavoring was added. The Shamrock Shake also has a storied history here in Philadelphia, as a Philadelphia Eagles charity fundraiser involving the drink eventually blossomed into the first Ronald McDonald House charity. 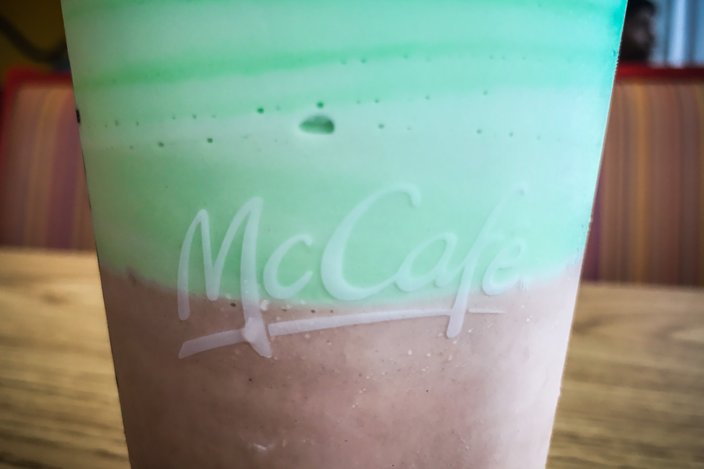 The Shamrock Shake even had its own character in the McDonaldland universe: Uncle O’Grimacey. As you may have guessed, he was Grimace’s Irish uncle. As you may have also guessed, he is not fondly remembered or even remembered at all. Although the character appeared in television commercials for a few years in the ‘70s and early ‘80s, Uncle O’Grimacey was let go shortly after because of his controversial ties to the IRA.

The Chocolate Shamrock Shake was the most interesting of the four, since it’s apparently a big hit already on McDonald’s “secret menu,” meaning people have been asking employees to mix chocolate shake into their Shamrock Shakes for years. The company is only publicly offering this for the first time this year.

Another element of the new Chocolate Shamrock Shake is the fact that the company recently created its own state-of-the-art straw to be used specifically for the drink. You see, the drink has a layer of chocolate shake on the bottom, topped with the standard Shamrock Shake. Because it is layered, not blended together, McDonald’s wanted to create a new way to drink both flavors at the same time. The result was the Suction Tube for Reverse Axial Withdrawal (STRAW), which comes with two holes.

Why announce to your audience that your product is hard to enjoy, so much so that they needed a team of scientists to work on this cumbersome snorkel-shaped vessel that should only be used with the drink?"

While ultimately a tongue-in-cheek advertising ploy, the STRAW is a fascinating marketing misstep. Why announce to your audience that your product is hard to enjoy, so much so that they needed a team of scientists to work on this cumbersome snorkel-shaped vessel that should only be used with the drink? On top of that, they only made 2,000 of the STRAWs to give out at various locations, none of which were around our area.

Maybe if they, I don’t know, just BLENDED it, we would not have this problem.

STRAWs or no STRAWs, how does the Chocolate Shamrock Shake stand on its own merits?

Quite well, actually. While I didn’t have one of those fancy iStraws, I still got a good mix of the flavors by simply moving the regular straw up and down occasionally—even though now in today’s post-STRAW world, this seems like extra work. Altogether, it tasted sort of like mint chocolate chip ice cream or a giant melted Andes mint. The big hit of mint from the original Shamrock Shake is an all-time first ballot snack Hall of Famer and the addition of chocolate to the mix did not detract from this.

The chocolate shake part blended nicely and was not too overpowering. If you’re not a mint fan, this might cast a new layer of subtlety to the drink. However, if you’re a big chocolate lover, this might not be enough to fix your craving.

Verdict: While not better than the original, the Chocolate Shamrock Shake is definitely a worthy addition to the Shamrock canon. Uncle O’Grimacey would be proud.