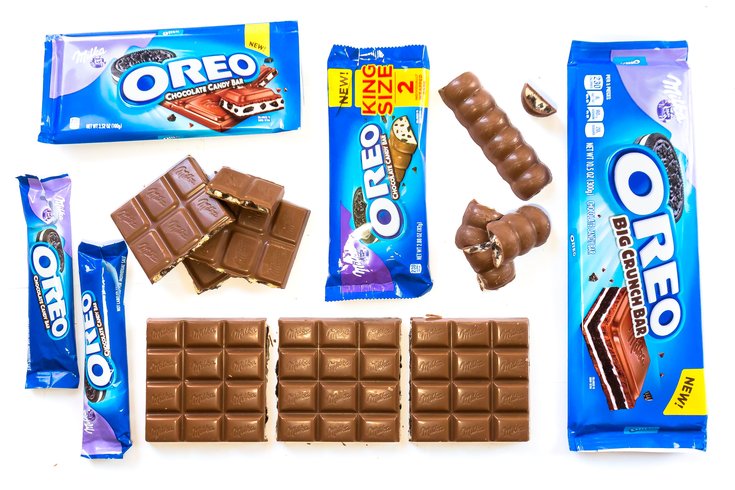 Until this week, everything in my entire life had been wrong, at least when it came to cookies.

While researching for this edition of Bad For You, I learned that Hydrox—a chocolate and creme sandwich cookie that I always thought was a knockoff of an Oreo—actually predates the more popular Oreo’s debut by four years. It appears I owe an apology to Hydrox, which came back into production in 2015. 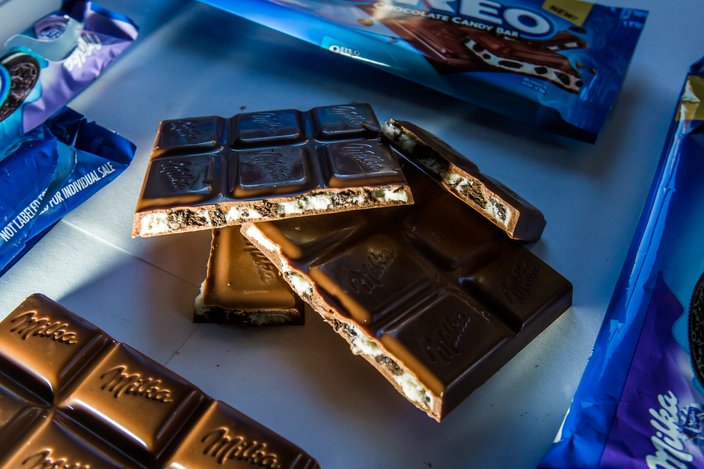 Version 1 of the 'Chocolate Candy Bar.'

I had a similarly harrowing experience in 2011 after learning that Garfield was created after Heathcliff and the latter was not the orange imposter kitty I had envisioned him to be. This period culminated with a four-month hiking and soul-searching trip across Guatemala.


The saddest part of the entire Hydrox and Oreo story isn’t that Oreo tricked everyone into thinking that the other is a knockoff, it’s the nagging feeling that maybe Hydrox should be in Oreo’s place right now. It did do it first. Maybe Hydrox should be debuting new flavors, candy bars and licensed memorabilia instead of clinging on as a largely forgotten novelty. 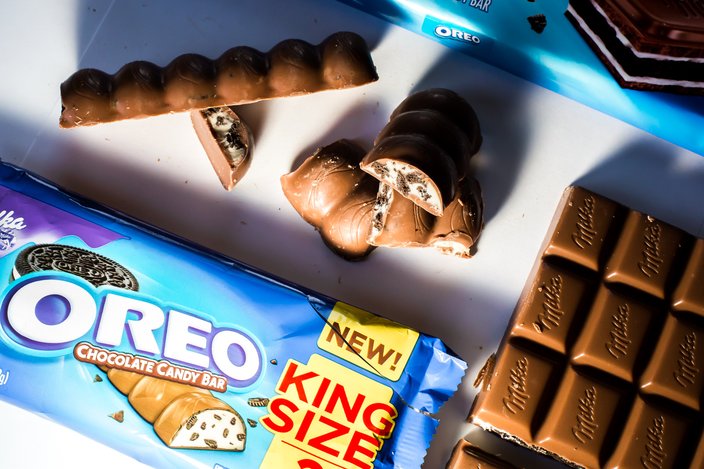 Version 2 of the 'Chocolate Candy Bar.'

There is one important distinction between the two cookies, however: Oreos are better. The cookie wafers are tastier. The creme is sweeter. The only reason people think Hydrox is a lesser-version of an Oreo is that it kind of is. Oreo took something that already existed and improved it in every way, like the XFL did with football.


Oreos have become so popular that they routinely release new editions and flavors to the public every year. Some of the wildest variations include Watermelon, Fruit Punch, Cotton Candy, Swedish Fish and NASCAR, which actually tasted like NASCAR driver Jimmie Johnson.

Oreo’s tagline is “Milk’s Favorite Cookie,” which might sound just like nonsensical marketing-blather, but is actually a proven fact. The line refers to the results of a controversial 1999 study in which 100 cows were asked which type of cookie they preferred and were dunked in their milk – or as cows call it – “sweet udder juice.” Fifty-one said Oreos; 23 said chocolate chip. Six very old cows said Hydrox, while seven did not reply because they were lactose intolerant. (The other 13 were unresponsive and/or begged to be set free.)

Last year, Mondelez was turned down in its bid to acquire The Hershey Company. As retaliation, Mondelez announced it was bringing a version of its popular Milka Oreo chocolate bars stateside in order to compete with Hershey’s for American candy sales.

The result was the new Oreo Chocolate Candy Bar and Oreo Big Crunch Bar. Another item, the Cadbury Dairy Milk Egg ‘n’ Spoon Oreo, will be released in the U.S. very soon. 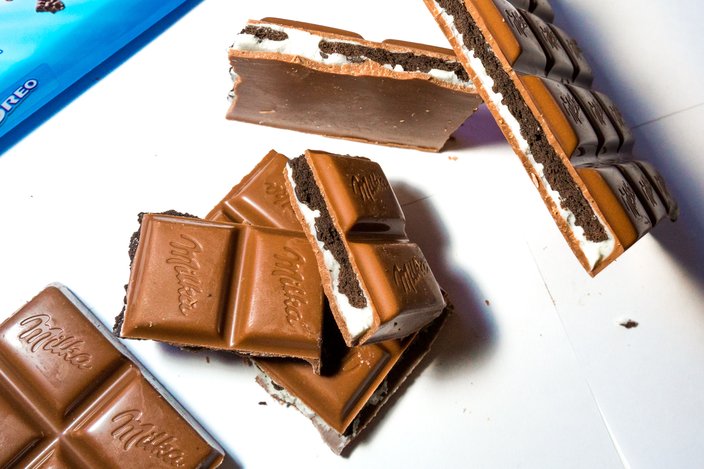 The 'Big Crunch Chocolate Candy Bar' is like a mini candy-bar sandwich.

The most immediately noticeable thing about the Oreo Big Crunch Bar is that it is as advertised: big. At 10.5 ounces, this giant candy bar can also be used as a doorstop. If swung hard enough, it can also knock out an adult with relative ease.


The Big Crunch Bar is also noteworthy as it uses a unique Oreo layering system. Despite being covered entirely in Milka’s extra-creamy milk chocolate, the Big Crunch Bar features a new inverse of a standard Oreo cookie, wherein two layers of cream hold together a middle layer of cookie.

There is a lot going on here, although the coating in Milka’s decadent chocolate is the best part. Like the previously reviewed Hershey’s Cookie Crunch, there’s a crunch that gives the bar a different feel and even when doused in chocolate, you can still taste the classic Oreo mix. However, this also means that the bar is a very rich experience and is perhaps better enjoyed in smaller servings, despite being the size of a license plate.

Making its stateside debut is the original Milka Oreo bar, though they renamed it the... Oreo Chocolate Candy Bar. Even moreso than the Big Crunch Bar, this one’s name is also very literally correct – just not nearly as exciting. (Dramatization of Oreo board meeting: part 1 and part 2.)

What it lacks in name panache, it delivers in taste, as this is one of the best American candy bar debuts in a while. Unlike its slightly too-rich brethren, the Oreo Chocolate Candy Bar is a tastier proportioned blend of Oreo creme, cookie and superb milk chocolate. Instead of a large cookie, the chocolate pieces in the bar are filled with a generous amount of its famous creme and tiny bits of Oreo wafer. For fans of Double Stuf and Mega Stuf Oreos, this will likely be your favorite of the two.

A flight attendant friend of mine brought me back an original Milka Oreo bar from Germany, which meant I could taste-test the differing countries’ versions. Interestingly, the original Milka Oreo bar is sort of a blend of the two American offshoots. Its mix of creme is similar to the Oreo Chocolate Candy Bar but it does have slightly more cookie than ours, just not as much as the Big Crunch Bar.

Verdict: The enormous Oreo Big Crunch Bar is a very decadent treat that is good in small doses. While boringly-named, the Oreo Chocolate Candy Bar looks to be one of American candy’s best rookies.