Sandwich, taco or chalupa? This one really 'bends' all the rules 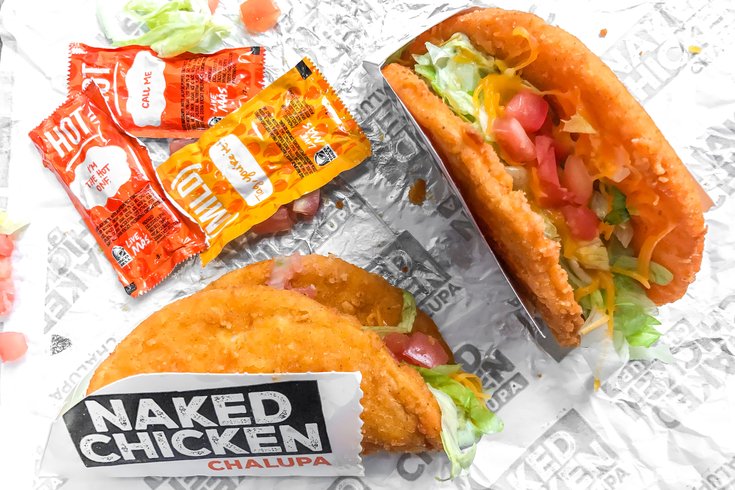 As mentioned several times in this column, the KFC Double Down was a watershed moment in modern fast food history. Taking bacon, two types of cheese and “Colonel’s secret sauce,” the chain forever changed the game by replacing the bread with fried chicken fillets.

In the ensuing chaos after its release, several hard questions were posed to the world, whether it wanted to deal with them or not: Is this actually a sandwich? Does a sandwich need bread of some sort to constitute that title? Wikipedia describes the Double Down as a “pseudo-sandwich,” but what does that really mean? 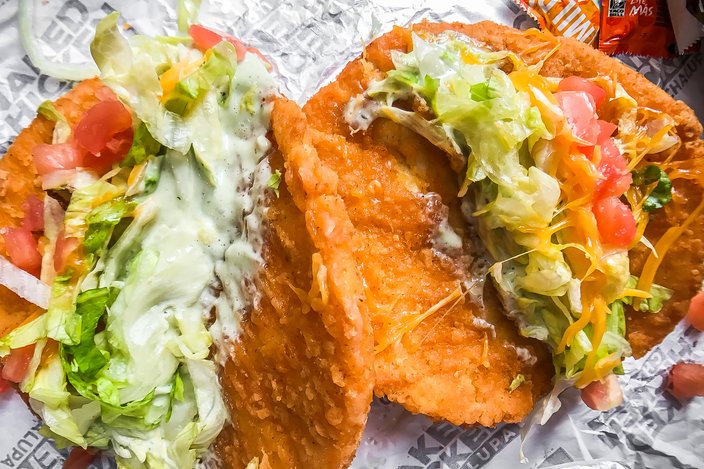 Like with all big, important issues, it’s ultimately a question with no true right or wrong answer. It also leads to even bigger discussions like whether or not a hot dog is a sandwich, a topic so controversial that I won’t even go near it.

Seven years after the Double Down's debut, one of KFC’s sister restaurants has seemingly stirred up this debate in a new way with the release of Taco Bell’s Naked Chicken Chalupa. Topped with lettuce, tomatoes, cheddar cheese and avocado-ranch sauce, the new release is held together by a shell made entirely of fried chicken. 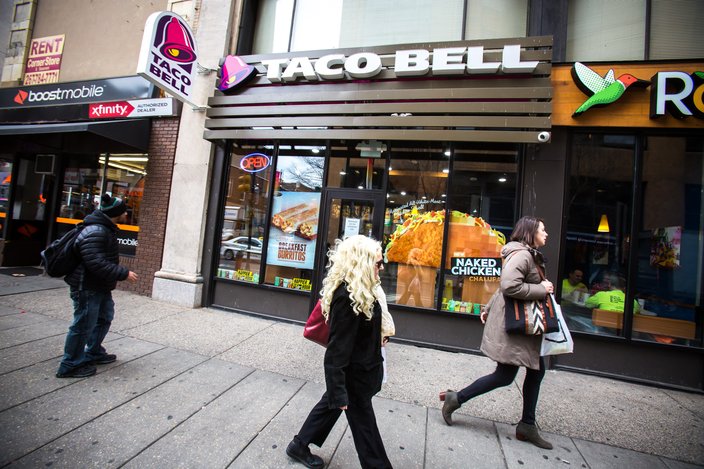 This Chalupa is so naked, they needed to sensor their street advertisements.

This should raise the question of whether this is technically a taco, but there is an interesting loophole here—Taco Bell has named this creation after its Chalupa line, even though their Chalupa is actually much closer to a taco than the Mexican dish, where it gets its name. Since their regular, non-fried chicken shell Chalupa isn’t really a chalupa, the discussion of whether this is a “real” Chalupa or not is somewhat moot.


Hypothetically, if the Naked Chicken Chalupa’s shell was cut in half at the bottom and you tipped the whole thing on its side, does that then make it a sandwich? While it does not contain the same ingredients as a Double Down, it’s now a similar shape. Would it then become a “pseudo-pseudo-sandwich”?

Ultimately, I feel like pushing the boundaries of what makes a sandwich or taco is a good thing. It’s 2017. With fast food sales down across the board, perhaps this level of experimentation is what the industry needs to turn the tides once again, granted, [if] we don’t all die of heart failure in the meantime. I look forward to many more fried chicken variations in new shapes: fried chicken spaghetti, fried chicken crepes, fried chicken pizza crust, fried chicken challah, etc.

Still, pushing envelopes is great and all, but how does the thing taste? 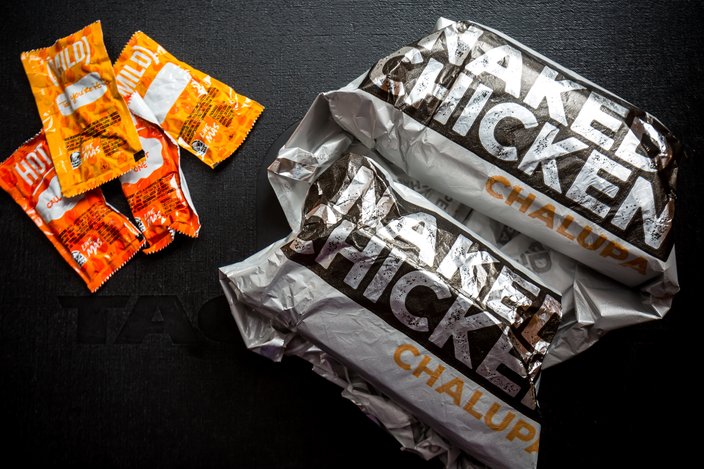 The actual chicken shell—think a thin chicken cutlet molded into shape—is a little spicier than I would have imagined. It’s never too intense, as the zesty avocado-ranch sauce does a good job of balancing everything out with its creaminess. Apparently, Taco Bell is already testing out an even spicier version that will most likely be debuting everywhere sometime in the future.


The lettuce, sprinkling of cheese and diced tomatoes are definitely overshadowed by the large amounts of chicken in each bite. Both times I tried it, the chicken was a little too dry to really get the taste I wanted. Outside the chicken shell is a cardboard holder designed to keep the grease away from your fingers, which it does quite well.

I would say that my biggest complaint is that the lack of a regular shell, either taco or Chalupa, led to a nagging feeling that something was missing. After it was over, this did not feel like I had just eaten either. It basically felt like a weird sandwich without bread, which is not what most want from Taco Bell or tacos.

Verdict: While Taco Bell’s Naked Chicken Chalupa can be applauded for its riskiness, as a food, it pales in comparison to much of Taco Bell’s menu. Nevertheless, it's an interesting thing to try once.