Bad For You: Wahlburgers 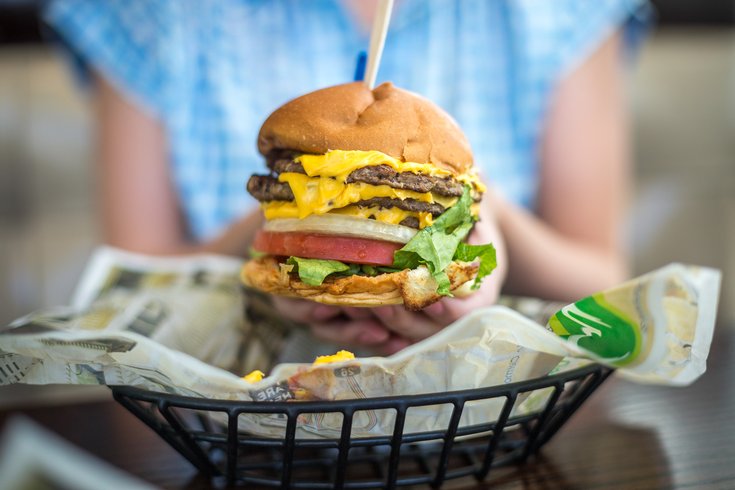 The massive "Triple Decker" burger at Wahlburgers has the right stuff.

If you’re launching a restaurant business, it surely helps to have two celebrities and a reality show in your corner. Then again, making movies and flipping hamburgers don’t have much to do with each other.

Owned by chef Paul Wahlberg and his two musician/actor brothers Mark and Donnie, the Wahlburgers chain has 13 locations across North America. Over the next five years, the plan is to get that number up to 150. The accompanying reality TV series of the same name — which has been airing on A&E since 2014 — documents the various goings on of the family business.

Donnie Wahlberg, of course, was the first of the family to become famous as part of the boy band juggernaut that was New Kids on the Block, before he became a successful actor in movies like “The Sixth Sense,” “Ransom” and multiple “Saw” sequels and various TV shows, including “Blue Bloods,” which my dad says is great.

Mark Wahlberg burst onto the scene as Marky Mark, who, along with The Funky Bunch, scored a huge hit with “Good Vibrations” in 1991. He became an underwear model and later an in-demand actor with films like “Boogie Nights,” “The Departed” and the “Ted” and “Transformers” series.

You might think I’m going to poke fun at the Wahlbergs, but I think it’s actually pretty remarkable that two of them managed to turn successful music careers into successful acting careers. And now they co-own a restaurant chain with more than a dozen locations. I’m not going to stand here and make fun of them.

So I’ll sit down.

Wahlburgers? Real rap? This is happening right now? Am I really spending my Labor Day in a shrine to Dirk Diggler and Donnie from NKOTB?

And shrine is an accurate word. There are giant pictures of Mark, Donnie, Paul and their mother Alma all over Philly’s Wahlburgers, which just opened in Northern Liberties at the north end of the Piazza. There are gigantic boards hanging from the ceiling with the list of movies or TV shows the two have been in stenciled into it, which is absolutely ridiculous for anyone, but even more so for the Wahlbergs. Sure, they’ve been in some good things, but not enough to fill a ceiling with only classics. However, maybe I’m the only one who didn’t see “Marilyn Hotchkiss’ Ballroom Dancing & Charm School.” The big board also includes “Wahlburgers,” which is the goddamn reality show about the goddamn place I’m in right now.

And then there’s the Boston angle. The first thing I saw upon walking in was Mark Wahlberg in a Red Sox jersey throwing out the first pitch at Fenway Park. My immediate Philadelphian instinct was, “Screw this place.” They also take every chance to spell anything in a stereotypical Masshole accent — “ordah,” for instance. I’m not from Boston, but I feel like this is a little insulting. Imagine some Philly-inspired restaurant being like, “Yo cuz, let’s get cheesesteaks and watch that ‘Rocky’ jawn!” 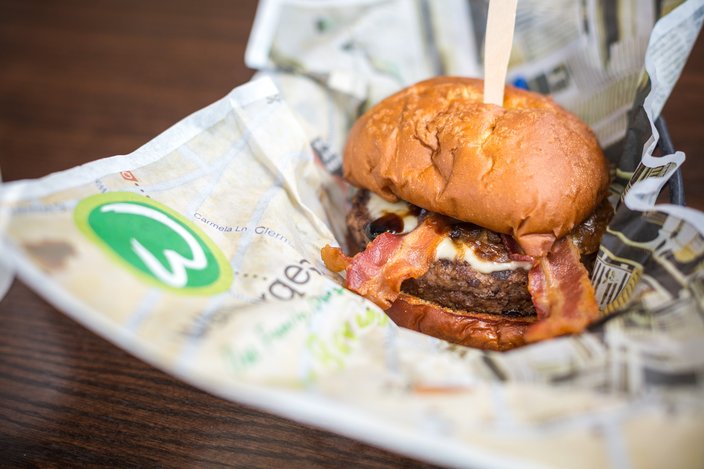 When our reviewer ordered the Invincible Burger, it was woefully undercooked. When our photographer ordered one to shoot, it was done well but dry. Bad vibrations.

There are things written on the walls and menus like, “What’s that extra special Wahl flavor? It’s pride and love, of course!” Yeah, you idiot. You can’t taste that pride?

And there’s a little gift shop area that sells hats and glasses, which was mobbed with old ladies during my visit. Overall, the place was quite busy, especially for a holiday.

First, this place is a little pricey for what you actually get. When you order a burger, it doesn’t come with fries. You have to order them separately, which is booty. You know I want french fries; now I have to pay an extra $3 for a little-ass cup of them? A burger should come with fries, especially when in a diner atmosphere, which is what Wahlburgers is going for. There’s no silverware. If you order a burger, there’s a pronged popsicle stick stuck into it. Everything comes in diner-like baskets or disposable containers.

The “thin, crispy onion rings” were probably the best thing I had there: red onions flash fried just long enough and very salty. They were fantastic. The fries were good also, the tots not as much.

I ordered a Triple Decker Burger, which looked like your standard ’50s diner-type hamburger — compact and dripping with grease and the restaurant's self-described “government cheese,” which was actually the best part about the whole burger. It was slightly better than an average burger, though not as good as one of Wahlburgers' competitors like Five Guys.

My guest, who absolutely refused to be named in this article, was forced (by me) to order the “Invincible Burger,” named after the Mark Wahlberg vehicle about Eagles player Vince Papale. This was a half-pound burger on a pretzel bun covered in bacon and caramelized onions. It's interesting to note that the burger isn’t on the actual menu — only an ad on the napkin dispenser tipped me off to its existence. Apparently, a Pennsylvania woman came up with the burger for a contest and not the Wahlbergs.

I do not know the logistics of cooking a half-pound burger, but it must be harder than a regular burger, considering that it’s the size of a hockey puck. The “Invincible Burger” came to our table pretty much raw on the inside. We sent it back. It returned, microwaved but still not done.

I was forced to take a bite, and it was pretty much uncooked meat. The employees and manager, however, were very nice about the situation and took it off our check.

I departed the restaurant wondering if my non-plussing experience could partly be attributed to the fact that I’d never seen the "Wahlburgers" reality show. The show follows Mark, Donnie and Paul, along with their other brothers and sisters — Arthur, James, Debbie, Michelle, Tracey and Robert Wahlberg. There’s also Alma and her employees, as well as little-known cousins Wally Wahlberg, Phillipe Wahlberg and Mitsuharu Wahlberg, all of whom are professional jugglers and test-tube babies.

I picked the premiere of season four to start, figuring it would be deep enough into the series that things would be interesting.

It began with Paul taking his kids to see Mark’s star on the Hollywood Walk of Fame, before they headed to Mark’s house to swim in his pool. They talked about how nice his pool was. Then they decided the kids should make their own pizzas. They talked about which of the children made the best pizza and at this point, my brain snapped and I turned off the TV. I lasted seven minutes.

I will eat hot garbage every week for Bad For You, including raw meat, but I will not watch “Wahlburgers.”

Verdict: It was OK. A little expensive. Unless you’re a diehard Wahlberg nut, stick with the other (five) guys. 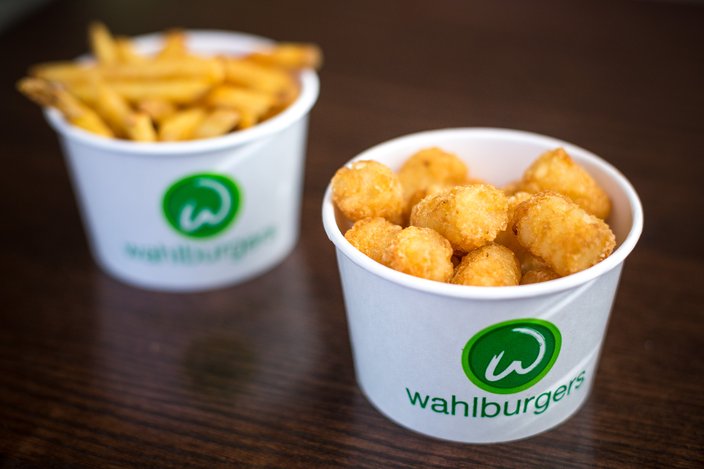