'If there’s anyone who should feel worse, it’s the Burger King' 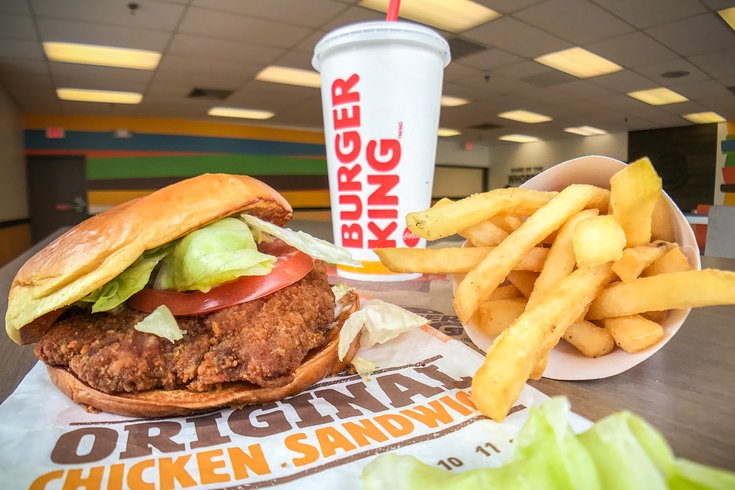 Although I’ve eaten a lot of different animals in my lifetime, there’s none that I like better or have eaten more of than chicken. When I think about how many dead chickens that I have shoveled into my body, my stomach might be considered one of history’s greatest monsters—that’s why I try not to.

If there’s anyone who should feel worse, it’s the Burger King. He’s responsible for millions and millions of chicken deaths each year, many crammed in tight spaces, killed while conscious and genetically bred to grow at an unnatural rate, becoming detrimental to the chicken’s health. (How else can they grow enough chickens to sell 10 nuggets for $1.49?)

As of writing this piece, Burger King announced that it would be stepping up its chicken welfare policy, and over the next seven years, will adhere to the standards laid out by the Global Animal Partnership. This means more room, more light, cleaner environments and a less painful, unconscious death for our feathered friends. In a press release, Brent Cox of farm animal protection organization Mercy For Animals calls upon other restaurant chains, such as Wendy’s, to follow these same standards.

Given the incredible profits of these companies and the unethical standards currently set for these chickens, this does not seem like too much to ask. In fact, it’s abhorrent that these moves weren’t already in place. 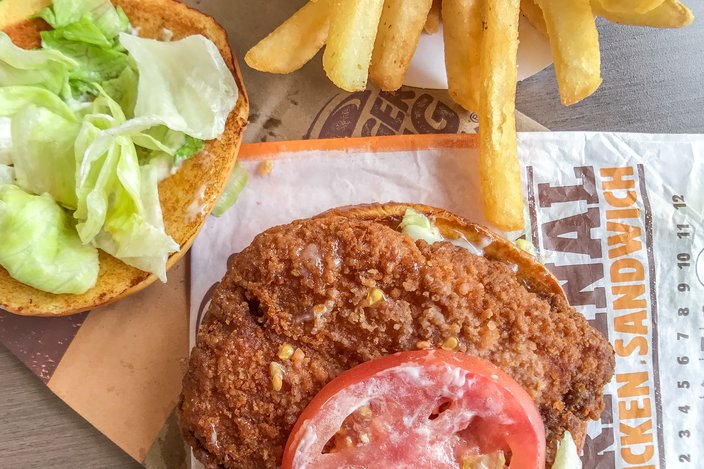 On a related note, the BK Lounge has announced they have completely changed the recipe for their Tendercrisp Chicken Sandwich and have re-branded the new item—get ready for this—the Crispy Chicken Sandwich.


The old Tendercrisp Chicken Sandwich was released in 2004 as a bigger, slightly fancier option to their famous long-rolled Original Chicken Sandwich, which has been around since 1979 and continues to be a mainstay of their menu.

With declining sales of the Tendercrisp and growing sales of competitors', like the Buttermilk Crispy Chicken Sandwich at McDonald’s, the chain decided to revamp the sandwich and go on the offensive in their advertising. In the commercials, Twitter “haters” who have previously dissed the previous Burger King chicken sandwich as “disgusting” are blindfolded and forced—presumably at gunpoint—to try the new and improved Crispy Chicken Sandwich. They all remark how great-tasting the sandwich is now, while silently praying that their families are OK.

Upon tasting the sandwich, I would say that it was fine before, maybe a little bland, though now it actually is disgusting.

A huge reason for this is the choice of bun. Instead of a seeded bun, the new Crispy Chicken Sandwich is served on a potato bun that is coated in greasy sweetness and totally ruins the whole sandwich. This tastes like a cheap knockoff of a King’s Hawaiian roll and ends up being way too sweet. It throws off the whole balance of flavors, like pouring sugar on top of an otherwise fine chicken sandwich. This was an odd choice. 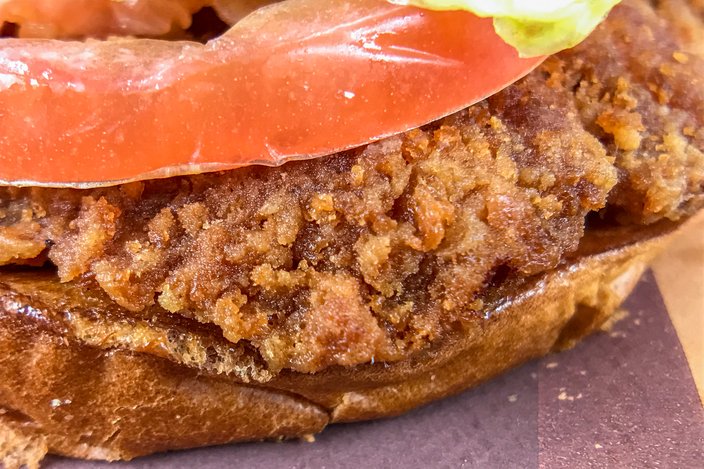 As for the actual chicken filet, the new breading definitely makes for a much-crispier bite than the old Tendercrisp. However, the taste and juiciness of the chicken isn’t affected much, nor is it significantly better than it was before. The thick cut of tomato, hefty lettuce and slabs of mayo are the perfect accompaniment, but unfortunately, the roll soured the whole deal.


Lucky for BK, they still have their always-solid Original Chicken Sandwich to fall back on.

Verdict: The sweet roll sullies any chance of greatness for the Crispy Chicken Sandwich. Regardless, kudos to Burger King for upgrading their chicken farming policies. Also, if there’s a chicken hell below, I’m definitely going to go.