Just for when that special, 'pickle mood' strikes

By Bryan Bierman
PhillyVoice Contributor
Bad For You Snacks 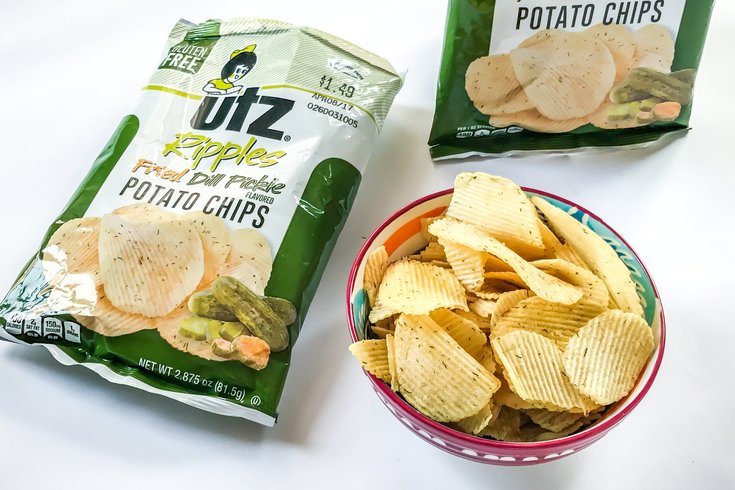 This week's Bad For You: 'Fried Dill Pickle Ripple Potato Chips by UTZ.'

Up until the 1950’s—decades after companies such as Utz had begun to sell them commercially— potato chips had no seasoning. Some bags would include packets of salt so the customer could season the chips themselves. This proved to be an annoyance, as well as causing accidental salt packet ingestion rates to skyrocket. (Did you know that the average American accidentally eats nine packets of salt each year?)

After Irish “crisp” makers Tayto invented their new seasoning technology, they also paved the way for the creation of new flavors. The result was two hit snacks that are still around today: Cheese ‘n’ Onion and Salt ‘n’ Vinegar chips. (A third flavor—Dirt ‘n’ Ants—did not fare as well.) 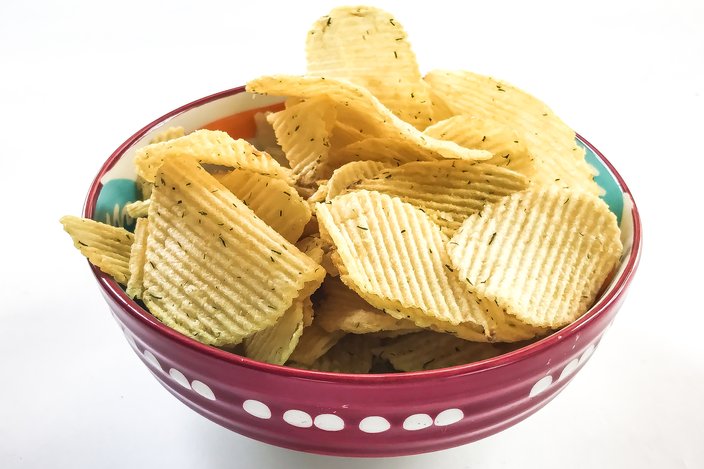 If you like pickles, then these chips are your jam. (Not for you, Brian Hickey).

Since then, the potato chip has become a perfect junk food blank slate for companies around the world to put their own spin on. As people have become accustomed to flavors like BBQ or Sour Cream, more specific and peculiar flavors have sprung up like Utz’ Fried Dill Pickle chips. While Utz is not the first company to make pickle chips, they might be the first to make “fried pickle” chips. On the other hand, seeing as all pickle chips are fried anyway, they may have simply pulled the wool over everyone’s eyes on this one. 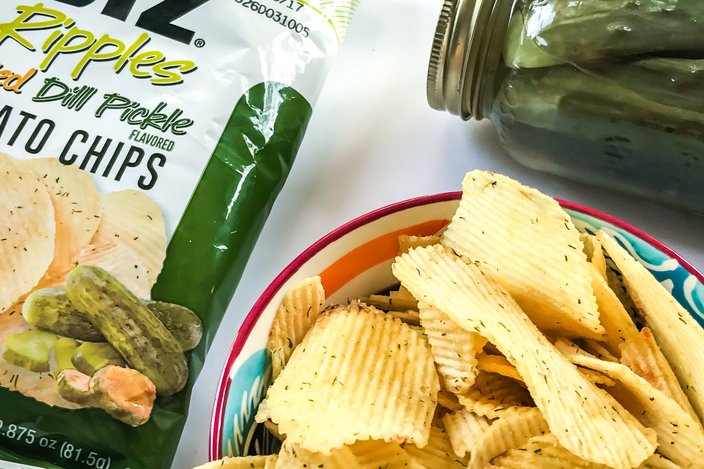 Salty, sweet, sour, and tangy: all of the flavors, all at the same time.

While it appears that Utz has released these chips previously, they have reintroduced them to folks like me who have never had them. This re-release comes after Utz has downgraded their $.99 bags from 3.5 ounces down to 2.875 ounces, which I’m estimating is about 12 chips. While that might not seem like much, I could have eaten those 12 chips.

I am not an expert in chip manufacturing, but I assume sales must be down for the old amount to no longer be cost effective, which is a shame as Utz generally produces quality snacks. I am curious to see if the $.99 bags of competitor Herr’s will be downgrading in size as well.

When it comes to the actual chips, these are damn good. Admittedly, I say that as a massive pickle lover. If you don’t like pickles going in, these probably won’t change your opinion. However, if you’re pro-pickle, this has the zest and tang that you’re used to, without the same bite that a salt ‘n’ vinegar chip might have. It reminded me very much of the pickle and special sauce parts of a Big Mac.

There’s an interesting sweetness to the overall snack that normally doesn’t come with pickles, but it compliments the chip as a whole. It’s a perfect balance to the chip’s spices, which includes dill weed, one of the 90s’ most cutting insults.

Verdict: Not an everyday chip, but a very good special occasion chip when you’re in the pickle mood. Could have used about 12 more chips, though. If you don’t like pickles, perhaps they will someday make cucumber chips.