Bad For You: I tried the Mac N’ Cheetos at Burger King and it's all your fault

By Bryan Bierman
PhillyVoice Contributor
Bad For You Burger King
from 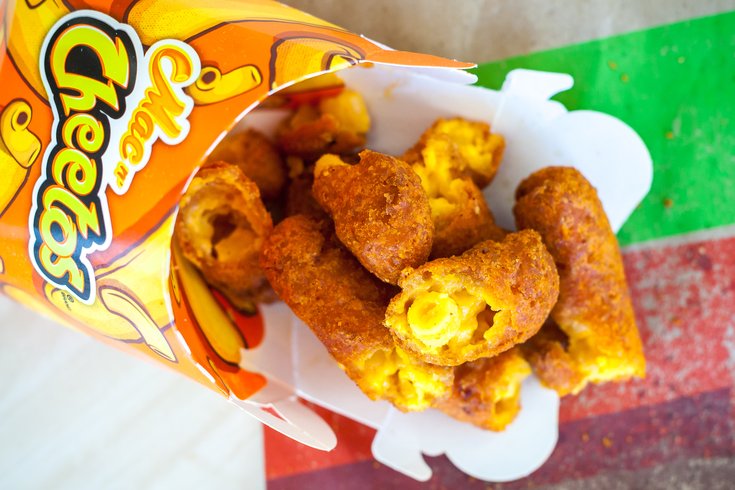 You are looking at Burger King's Mac n' Cheetos.

Although there’s no Pulitzer for junk food journalism (yet), I still approach these Bad For You reviews like a reporter. Staying objective is one of the most important parts of being a journalist and sometimes the hardest. I mustn’t let my judgment be clouded by Dorito dust.

That’s why Burger King’s Mac N’ Cheetos was my hardest assignment of all.

Cheese curls are my Kryptonite. (Realistically, I probably have a few dozen Kryptonites, but this is the only food-based one.) It doesn’t matter what form they come in — curls, balls, puffs, poofs, doodles — I can’t do it. As a kid, when my mom would eat them, I had to leave the room. Just smelling them would make me sick.

Why would these almost universally loved and utterly inanimate puffed corn snacks have such an effect on me? I do not know. If there was a cheese curl incident, it’s long been repressed. However, I’ve always associated the inside texture to be similar to polystyrene or Styrofoam balls. When I was younger, I used to go with my grandmom to craft stores where the aisles were filled with these man-made chemical spheres. I can’t explain it, but they freaked me out then and still do today.

I can’t un-picture cheese curls being pieces of Styrofoam spray-painted bright orange. It is my hell. The only solace I could possibly take is knowing that one of my pro wrestling heroes, The Undertaker, has a similar fear of cucumbers. (You know, like a cat.)

You can imagine my lack of excitement to test out Burger King’s new Mac N’ Cheetos, a deep-fried cheese curl stuffed with macaroni and cheese.

“For anyone who ever wished they could eat warm mac n’ cheese like they do a bag of chips, Mac n’ Cheetos make the previously unthinkable a reality,” the self-congratulatory Burger King press release proclaims.

To make things worse, at least seven different people recommended Mac N’ Cheetos for a Bad For You review, each unknowingly pointing and taunting me with their cheese-powdered fingers. It was a high-water mark for audience enthusiasm in the short life of this column. I had to try them.

All of those people owe me apologies.

This was the worst thing I have eaten in a long time. All of my fears were legitimate. 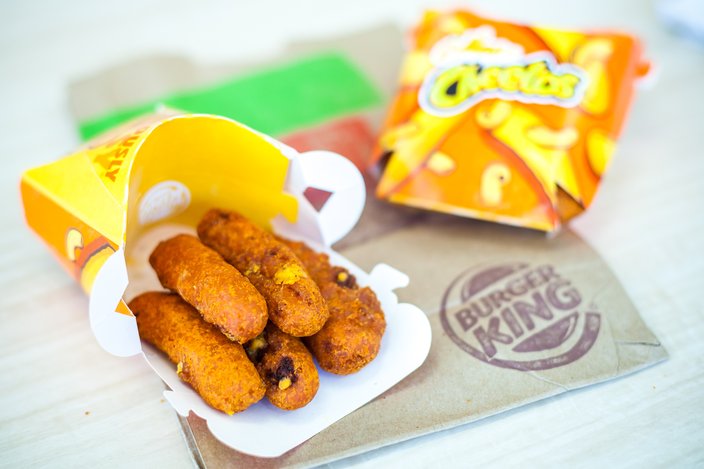 While the advertising for fast food rarely looks exactly like the finished product, Mac N’ Cheetos wasn’t even in the same ballpark. Where the Cheetos in the advertisement sported their famous traffic-cone orange, the ones I received were brown as a mud puddle. They also had black burn marks on the side and an overall rubbery sensation, no doubt a result of being fried in oil well past its prime.

Inside, I found not golden and gooey macaroni and cheese, but bits of weirdly crunchy “pasta” filled with “cheese” so dry it had basically reverted to a powdered state. Once the peanut shell-ish exterior is penetrated, the taste of the worst chemically manufactured whiz you can imagine runs wild on your taste buds. It also stays with you. I only ate one and I doubt I will ever forget it.

Since the buzz on Mac N’ Cheetos was so overwhelming, we had to move them up in the Bad For You review schedule last minute. This meant I had to eat them yesterday, before I headed out to the parking lot of The Mann to film a video at a Phish concert.

My plan was to bring along a few orders to share with tailgating Phish fans, but as soon as my Uber arrived at The Mann’s grassy parking lot, I immediately ran to a tree and threw up all over it. I feel nauseous even as I type this. To bystanders, I may have looked like I was in the throes of a psychedelic mushroom-induced sickness. That would have been relatively nice.

In this haze, I quickly threw the bag of Mac N’ Cheetos in the trash. I didn't care if it ruined a bit for the video, I didn’t even want them on my person.

I had faced my fear of cheese puffs and ended up doubling down on that phobia.

Verdict: No! You too will throw up on a tree in the parking lot at a Phish concert. That is a guarantee. 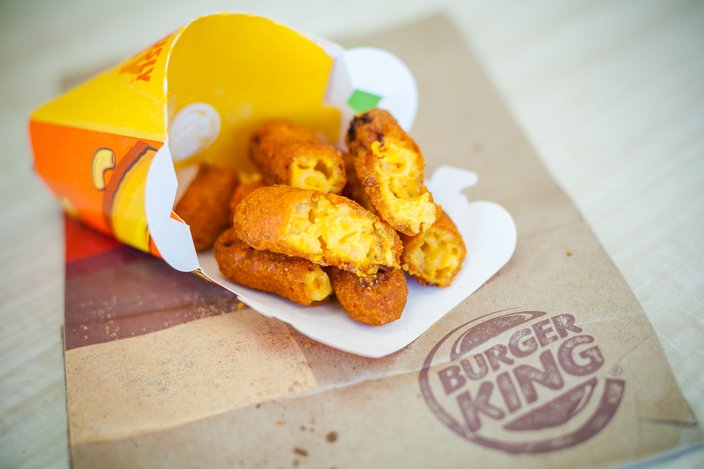