Bad For You - Jolly Rancher Pop-Tarts

By Bryan Bierman
PhillyVoice Contributor
Bad For You Breakfast 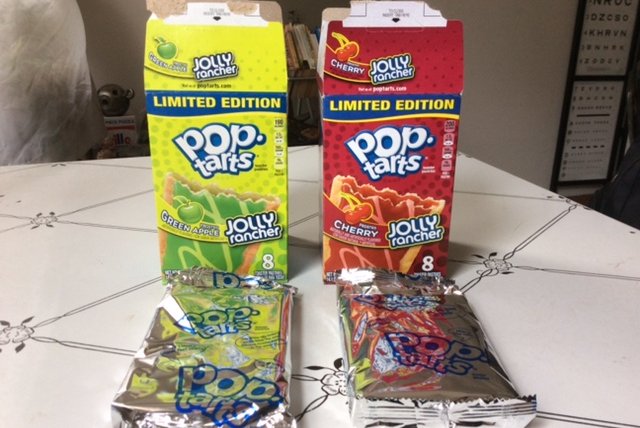 If you enjoy wasting time on the internet — and I know you do since you are reading this — you might be familiar with the website TV Tropes. For those who have not heard of it, enter at your own risk. It’s basically a wiki site about “tropes” in media, which they describe as “a storytelling device or convention, a shortcut for describing situations the storyteller can reasonably assume the audience will recognize.”

The site is categorized by trope or by media, so looking up your favorite TV show will result in a list of tropes used. Soon you’ll be clicking on other things you like and opening more tabs and before you know it, you’ll have lost an entire week on there. Seriously. There’s a warning on the site entitled, TV Tropes Will Ruin Your Life.

There’s one trope in particular that I often think about, Exactly What It Says on The Tin. Originally a slogan for a UK woodstain, it’s sort of a cousin to “what you see is what you get.”

Eating this week’s Bad For You subject, I immediately thought of this.

The newest variety in an already large line, Jolly Rancher Pop-Tarts combines the toaster pastry favorite with the famous fruity hard candy. Over the years, Jolly Rancher has expanded its reach from strictly hard candy to gummies, lollipops, jelly beans and drink mixes, so it’s not too shocking the company would reach out to another long-running snack food and join forces. Plus, these Jolly Rancher Pop-Tarts are perfect for kids. (Ya know, as opposed to all those grown-up Pop-Tarts.)

It’s like if you put three Jolly Ranchers in your mouth and then stuffed it all down with some week-old cake."

To be honest, I’m not sure if I would have ever thought to combine Pop-Tarts and Jolly Ranchers. They seem like two entirely different beings that have no business being in cahoots.

And yet, it was disgusting. But can I really give it a bad rating? It did what it set out to do. If you are looking for a Jolly Rancher in the form of a Pop-Tart, then you are definitely in luck. If you are someone else, there’s a good chance you will find this unappealing.

We’ll start with the Cherry, which is my favorite flavor of Jolly Rancher. Their version of “cherry” is one of my favorite fake cherry flavors of all time, without a doubt. While this was terrible, it was actually the better of the two flavors reviewed. (There’s also a third flavor, Watermelon, that I could not find.)

The Tart is coated with a red and pink icing to give it a familiar sweetness that most Pop-Tarts have. Unfortunately, most Pop-Tarts aren’t filled with sour cherry flavoring. It does not mesh well at all. As noted, the cherry flavor is spot on, but the Pop-Tart format is not good at accentuating its positives. This is something you’d have to apologize to your dentist for eating. It’s like if you put three Jolly Ranchers in your mouth and then stuffed it all down with some week-old cake. 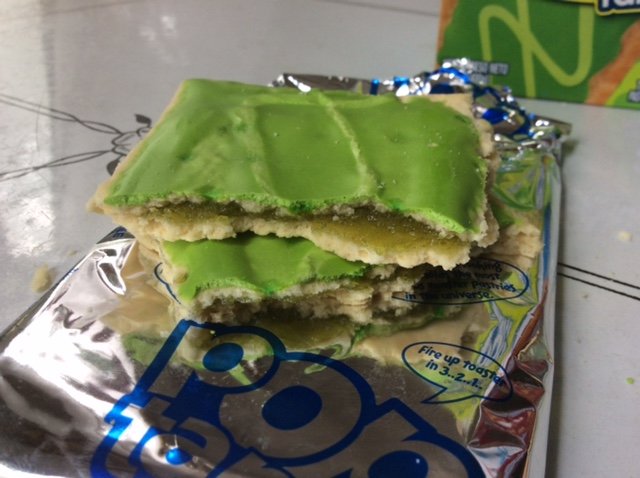 The Green Apple version was definitely one of the worst things I’ve eaten for a Bad For You. The first time I tried eating it this, shiny beams of letters spelled out words in my head, words like TOXIC, NUCLEAR, ACIDIC VOMIT, FAKE SOUR, GREEN MENACE, MOUTH WRONG.

This is the most artificial of all the artificial flavorings. If you gave this to someone who only eats organic foods, their tongues might break down or run away to Arkansas. You could make a good argument that this is what America would taste like. The tartiness of the green apple is way too overwhelming to even taste the green icing or the strudel part. Just an absolute noxious tasting food.

Putting them both in the oven is like making these monstrosities Super Saiyan. All of the sourness is heightened even more in its liquid form and it does not make this whole ordeal any easier. Alfred Pop-Tart is rolling in his grave.

Verdict: Jolly Rancher Pop-Tarts are awful. Yet while awful, they are the closest you could get to a Jolly Rancher-tasting Pop-Tart, so in that sense, they’ve done their job. Still, don’t eat this.