By Bryan Bierman
PhillyVoice Contributor
Bad For You Snacks
from 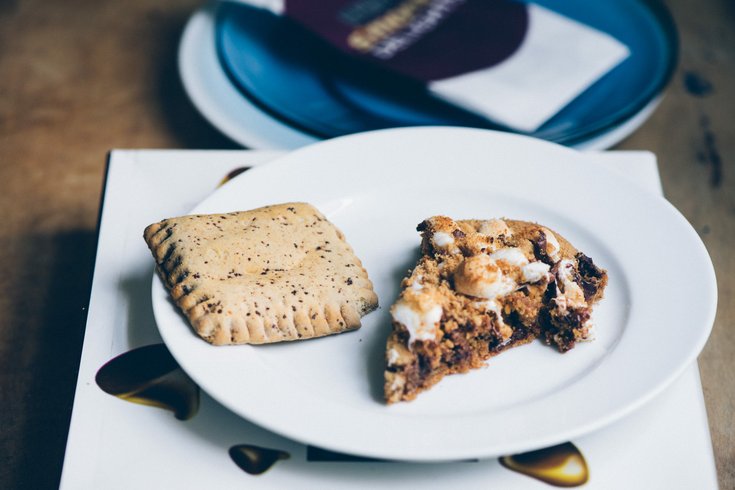 Surpassing even my love of junk food is my love of pro wrestling. I watch a possibly disturbing amount of it. While I can still hang on to my dream of becoming a referee somehow, I know I lack the athletic ability, toughness, looks and willingness to wear Spandex in front of others required of actual wrestlers.

This is unfortunate, but I can take some solace in my snack reviews — the closest I’ll ever come to my childhood (and adulthood) dream of dominating the squared circle. Just like a pro wrestler, I put my body on the line every week to entertain the fans, only instead of doing a corkscrew moon sault off the top rope through a table, I eat things and then think about how they make me feel.

Summer, of course, is s'mores season and several companies are trying to capitalize with new spins on the campfire classic. This year, two populist contenders have risen to the challenge. To celebrate these tasty treats — along with the great fake sport of professional wrestling — we’re pitting two of these creations against each other in Bad For You’s first ever head-to-head Snack Smackdown. 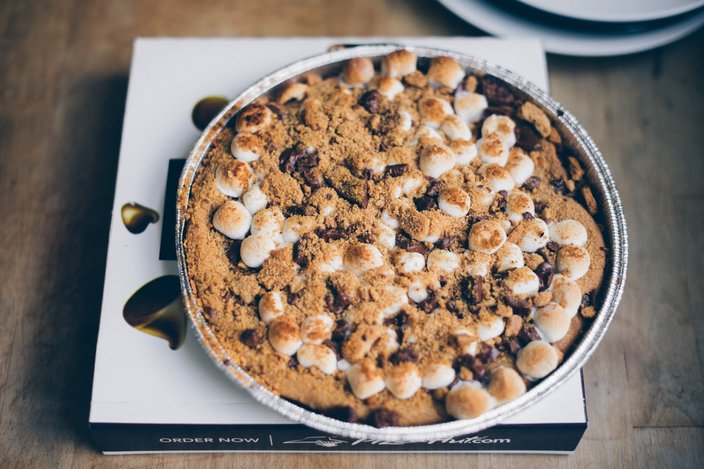 In this corner, hailing from Pizza Hut and weighing in at 1900 calories: Hershey’s Toasted S’mores Cookie. I ate this along with that not very good Bacon Stuffed Crust Pizza I reviewed in a previous Bad For You. After that meal, I felt terrible, physically and mentally. But the cookie was somewhat tasty.

On top of the cookie is a layer of toasted marshmallows, bits of Hershey bars and a slight dusting of what is presumably powdered graham cracker. However, the marshmallows had little flavor, the Hershey bits were just more chocolate on a chocolate chip cookie and the specks of graham were mostly a nonentity. As a s’more, it fails. As a cookie-based monstrosity, not so bad. 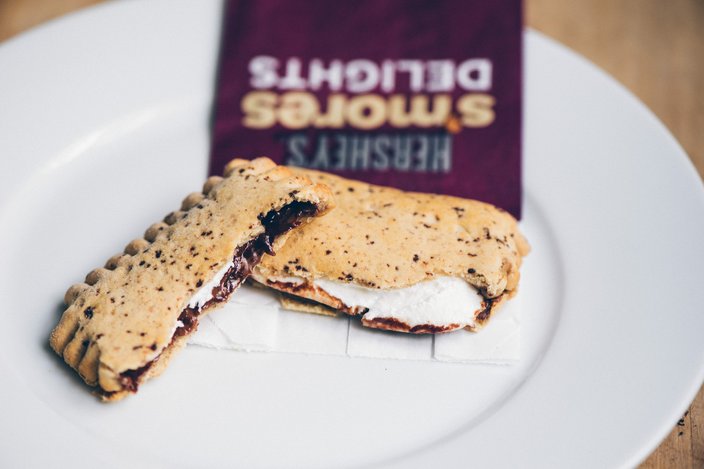 Its opponent, from 7-Eleven, with weight unknown: Hershey’s S’mores Delights. By “weight unknown,” I mean there was no nutritional information on their website. Actually — and this is quite an anomaly in the world of mass-produced food items — there appeared to be no reference to it anywhere on the 7-Eleven website. The only thing close to official was a mention on a Bay City, Michigan 7-Eleven Facebook page . At press time, the post had two likes.

Perhaps 7-Eleven is testing out the Hershey’s S’mores Delights in only a few markets and that’s why they’re keeping quiet. If that’s not the case, they should get the word out.

The best part of any s’more experience is the crunch from the graham crackers struggling to contain the delicious muck inside. The graham cracker crust on these cheap treats offers a fine facsimile.

Inside is a solid portion of melted chocolate and pillowy mallow that has the added bonus of being less messy that a regular s’more due to the unique ravioli shape of its outer layer.

Verdict: While neither is as good as the long discontinued Hershey’s S’mores candy bar (R.I.P.), the winner of this Snack Smackdown is 7/-Eleven’s Hershey’s S’mores Delights. Pizza Hut, you forgot about the crunch.

Bad For You is Bryan Bierman’s weekly column exploring the world of junk food, fast food, new food, weird food, candy and other edible guilty pleasures. Tell him what to eat on Twitter: @bryanbierman.