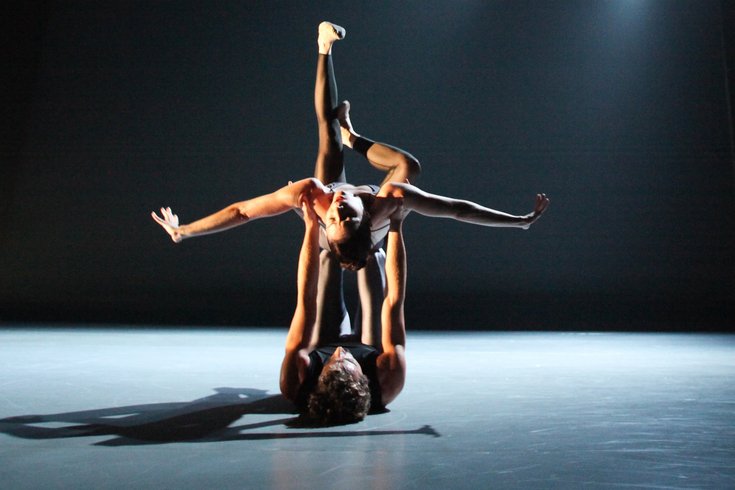 Finishing out their 2015 season, BalletX will present Summer Series on Tuesday, July 8 through Sunday, July 12. The series will feature an evening of Adam Houghland's work, the critically acclaimed artist and Principal Choreographer for Louisville Ballet and Cincinnati Ballet.

Not only will the series include two throwback pieces of Houghland's but it will include a world premiere work, giving audiences an overview of his career in one night. "Risk of Flight," shown above, was a 2007 BalletX premiere that examines light and dark, which Houghland aimed to "strip away the emotional armor we wear every day."

"Mashup," a 2012 dazzler, features five over-the-top '80s characters, a satirical work that harkened back to pop culture figures and mixed, jazz, ballet and pop standards. Both works will be performed at Summer Series.

The series' world premiere features a special collaboration between Hougland and local singer-songwriter Chris Kasper. Kasper, who has performed with the likes of The Avett Brothers and Amos Lee, will play songs from his 2013 album "Bagabones" live for the performance. The album served as Houghland's inspiration for the ballet, which combines storytelling with Kasper's use of folk, rock and blues.

During the series, BalletX will hold two occurrences of their audience engagement initiative, The X-Process. After the Wednesday, July 8 performance, guests can stick around for a conversation with the artists free of charge. During the Saturday, July 11 performance, guests will be treated to A Pie, A Pint & The Process for an extra $5.