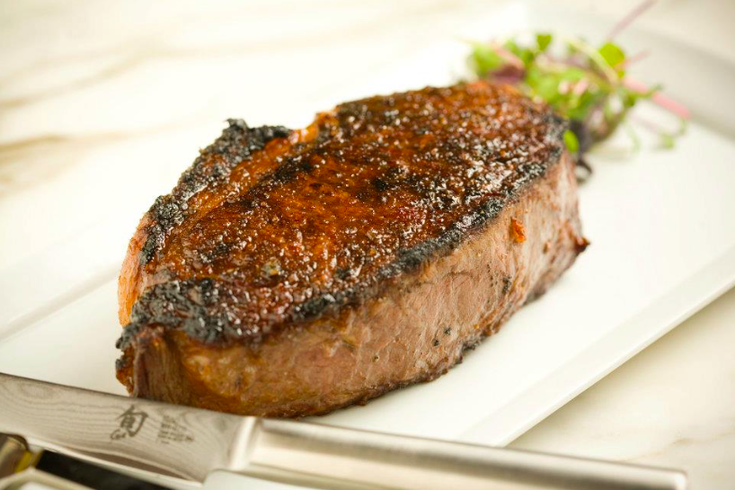 Stephen Starr's Barclay Prime was named the sixth best steakhouse in the United States by The Daily Meal, which ranked the top 50 steakhouses across the country.

One of Philadelphia's finest and fanciest dining establishments is receiving national praise for providing some of the best steaks in the country.

Stephen Starr's high-end restaurant Barclay Prime has been named the sixth best steakhouse in the United States, according to a ranking released this month by The Daily Meal.

The list of the top 50 was compiled based on several factors. First, the steakhouses included couldn't be chains, such as Philly's Capital Grille and others like Fleming's and Ruth's Chris. They were also judged based on the sourcing of their meat and whether it was USDA Choice or Prime. Other factors included preparation, presentation and the reputation of the restaurants among locals and visitors alike.

Here's what The Daily Meal had to say about Barclay Prime:

Barclay Prime replaces red leather with green and yellow suede, a clubby soundtrack and slightly incongruous crystal chandeliers. While the setting is undoubtedly 21st century, the menu is as classic as can be. Appetizers include caviar, wagyu beef carpaccio and sautéed foie gras. Entree steaks are dry-aged for up to 40 days, and the 20-ounce New York strip is an absolute showstopper — and there's world-class service to boot. Don’t forget to order the colossal shrimp cocktail to start; these monsters are absolutely massive.

Barclay Prime, which opened in 2004 at 237 S. 18th St. on Rittenhouse Square, was the only Philadelphia steakhouse to make the list. The restaurant is inspired by the look of a European library, with cushioned seats and marble surfaces. Most of the restaurant's servers have remained there since it opened 15 years ago.

The Daily Meal's top honor went to Bern, a Tampa legend that has been around since 1956 and offers a sprawling menu of six different cuts in 51 sizes.