Barenaked Ladies, The Persuasions, team up on new LP

Barenaked Ladies will perform at Valley Forge Casino next week 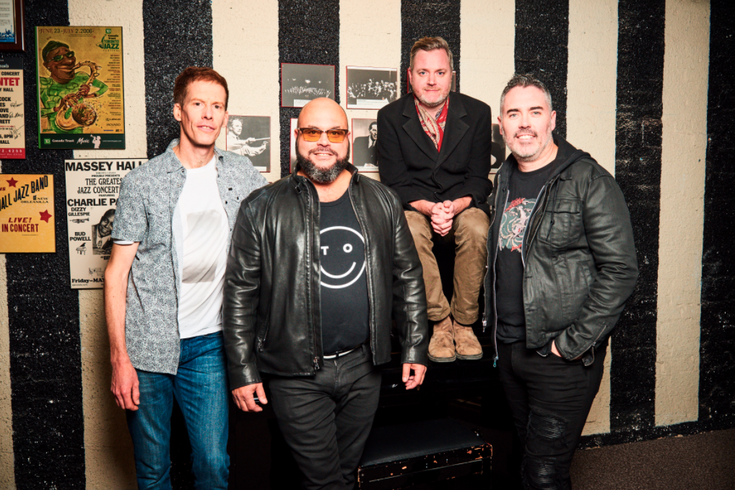 The seed for "Ladies and Gentlemen: Barenaked Ladies & The Persuasions" was planted when Kevin Hearn befriended The Persuasions at Lou Reed’s memorial held at the legendary Apollo Theatre in 2013.

Friends of the late, great Lou Reed have taken a “Walk on the Wild Side” by teaming up together for an unlikely compilation.

We’re talking about the Canadian alt-rock band Barenaked Ladies and the Brooklyn-bred “Kings of A cappella," The Persuasions.

“Ladies and Gentlemen: Barenaked Ladies & The Persuasions” is a new LP out April 14. It was produced by Gavin Brown and features 14 tracks reimagined from BNL’s lengthy catalogue of music. Both groups recorded the album together live, last fall, from Toronto, Canada. 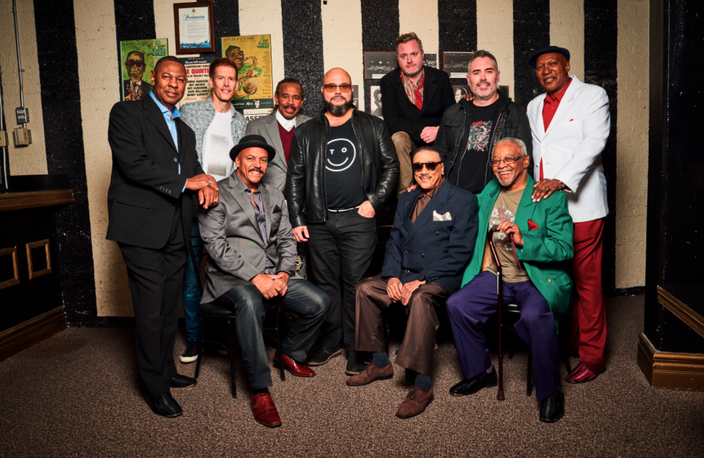 Dave Revels, lead singer for The Persuasions described the collaboration as a “beautiful chemical reaction.”

Barenaked Ladies will perform at Valley Forge Casino Resort on April 22. The soft-spoken BNL keyboardist Kevin Hearn recently phoned PhillyVoice for an interview to preview their arrival. In preparing for this, I put questions to our readers on what I should ask the Canadians who authored big hits like, “If I had $1,000,000" in 1992, “One Week” the same year, "The Old Apartment" in 1997, and who, these days, are also well-known as having recorded the theme song to the sitcom “The Big Bang Theory” on CBS.

PhillyVoice: I must know where you got the idea to write, “Brian Wilson.” Were or are you guys big Beach Boys fans?

Kevin Hearn: For my own experience, yes – The Beach Boys were one of the first bands I was ever into when I was 5 years old, along with The Beatles. I loved the song, ‘God Only Knows.’ There are a lot of harmonies in their music. [‘Brian Wilson’] was a song that was written by [founding member] Steven Page when he was only 18, and I know he was deeply influenced by Brian Wilson’s music as well.

PV: How did you guys link up with The Persuasions for this album?

KH: We had a mutual friend in Lou Reed. The Persuasions had opened some of his tours in the 1970s and I was part of Lou Reed’s touring band and [its] band leader from 2017 to 2013. So, at his memorial, at the Apollo Theatre in New York, I met The Persuasions, and I’ve been a fan of theirs. I loved their record called, “Frankly a Cappella,” which was their singing arrangements of Frank Zappa songs. And so, I reached out to them and asked if they would be interested in collaborating, and that led to this record, eventually.

PV: What was it like working with proteges of Frank Zappa, and with artists who’d recorded with stars like Joni Mitchell, Liza Minelli, and Ray Charles?

KH: Incredible. I hope people enjoy [the album]  as much as we did! We certainly have always had a lot of vocal harmonies in our arrangements and so that’s why I thought it would work because there was a springboard there to work off of and embellish the arrangements that already existed, or [we could] reinvent them. It’s a joyous sound and we had a lot of fun making it.

KH: [Laughs.] We invested wisely in laser beams and yoga studios. Um…there’s a story about that song that I love. And that is before the band started. [Lead singer] Ed [Robertson] was a day camp counselor and he would ride the school bus to the camp every day and he would entertain the kids with his acoustic guitar and he used to play this game/song that he made up called, “If I had a million dollars,” and he’d go back and forth with the kids and that is how the song was written.

PV: So you didn’t do any of those things you say in the song?

KH: We like to joke that we now call that song, “If we still had a million dollars.”