Juan A. Fernandez II was operating a pontoon boat that collided with a mile marker near Toms River in June, investigators say 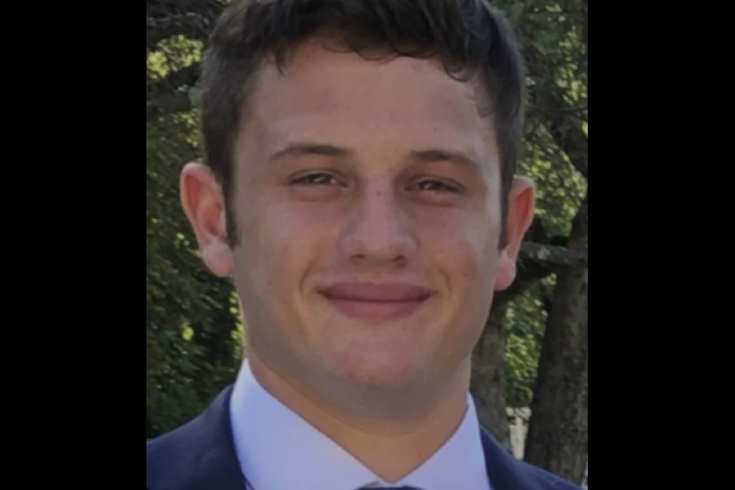 Corey Molinari, 19, of Whippany, New Jersey, died from injuries he suffered in a pontoon boat crash in the Barnegat Bay on June 13, 2021.

An 18-year-old man who operated a pontoon boat involved in a deadly collision in the Barnegat Bay will face vehicular homicide charges following an investigation into the circumstances of the incident, New Jersey State Police announced Thursday.

Ocean County prosecutors charged Juan A. Fernandez II, of Towaco, in connection with the June 13 crash that resulted in fatal injuries to 19-year-old Corey Molinari.

The incident happened during the early morning hours near the Route 37 bridge that crosses the Barnegat Bay from Toms River to Seaside Heights. The Bennington pontoon boat operated by Fernandez struck Intracoastal Waterway Marker No. 26 head on with multiple passengers aboard, investigators said.

Nine occupants had been on the vessel prior to the crash, police said. Three were let off the boat just before the collision and two were ejected from the boat at the time of the crash. The two who were ejected were able to make it back to the boat. Molinari, who remained aboard the boat, suffered serious injuries in the collision.

After the crash, Fernandez navigated the boat to Antiqua Avenue in Toms River, where he met Toms River police and first responders, authorities said. Marine services from the New Jersey State Police responded to the scene around 1:15 a.m. after receiving a report of a serious vessel crash in the bay.

Four occupants of the boat were treated for non-life-threatening injuries and Molinari was airlifted to Jersey Shore Medical Center, where he later died.

At the time of the incident, no charges were immediately announced, but an investigation remained ongoing with state police and the Ocean County Prosecutor's Office.

At the time of the incident, a 911 call placed by the father of one of the victims described Molinari as "out" and "bleeding" before he received medical care, NBC10 reported. The father denied that anyone involved in the crash had been using substances.

Molinari, of Whippany, was the son of New Jersey powerboat enthusiasts Robert and Jennifer Molinari.

"There is a lot of sorrow in Barnegat Bay right now — the kid was a staple in the community, really knowledgeable, and everyone is heartbroken," Del Flores, founder and president of the New Jersey-based Spartan Powerboat Club, said at the time of the incident.

An obituary for Molinari described him as a black belt in karate with additional martial arts skills in jiu-jitsu and Muay Thai boxing. He had just completed his freshman year at Seton Hall University's W. Paul Stillman School of Business, where he was majoring in economics.

A GoFundMe campaign created by Molinari's high school graduating class at Whippany Park raised nearly $11,000 for a scholarship fund in honor of Corey.

Fernandez was arrested Wednesday in Boonton, Morris County. He was taken to NJSP Tuckerton Station, where he was processed and later held at the Ocean County Jail pending a bail detention hearing.

New Jersey State Police have made a push in recent months to advise people who boat in the Barnegat Bay to wear life jackets and be aware that restricted visibility at night can lead to serious accidents.