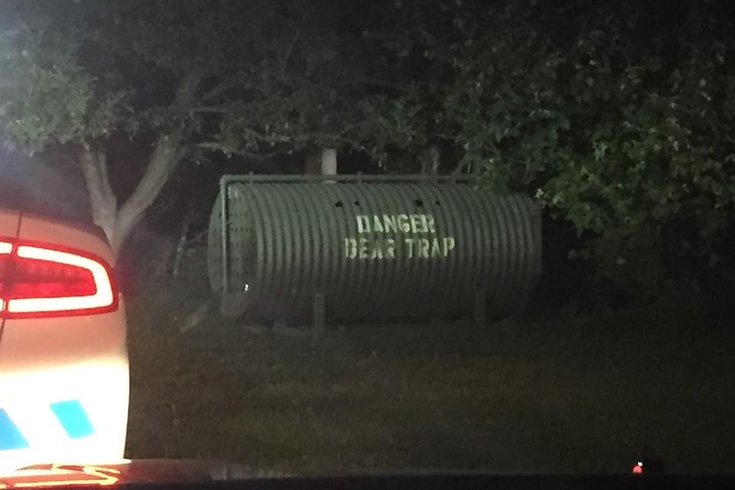 The very discreet bear trap that captured a bear in New Britain Township.

In our continuing coverage of #BearWatch2017, we move from the bear that played the keys in Colorado and the bear that got stuck in a Doylestown tree to New Britain Township, Bucks County, where a not-so-discreet bear trap proved a success.

Police said on Facebook Monday evening that a bear had been caught in a trap belonging to the Pennsylvania Game Commission very cleverly labeled: "DANGER BEAR TRAP." It should be noted that although this Google search came up with no definitive answers, I think it's safe to assume bears can not read English. 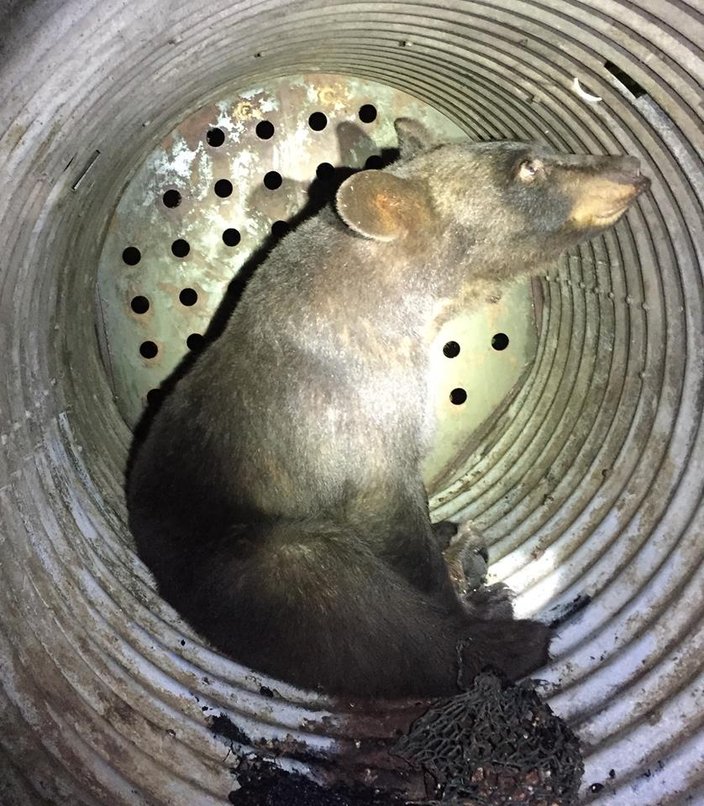 This bear was captured in New Britain Township on June 12, 2017.

Officers said they left the bear alone but checked on it throughout the night, adding that they have notified the Commission, which will eventually relocate the bear to a better area to roam. 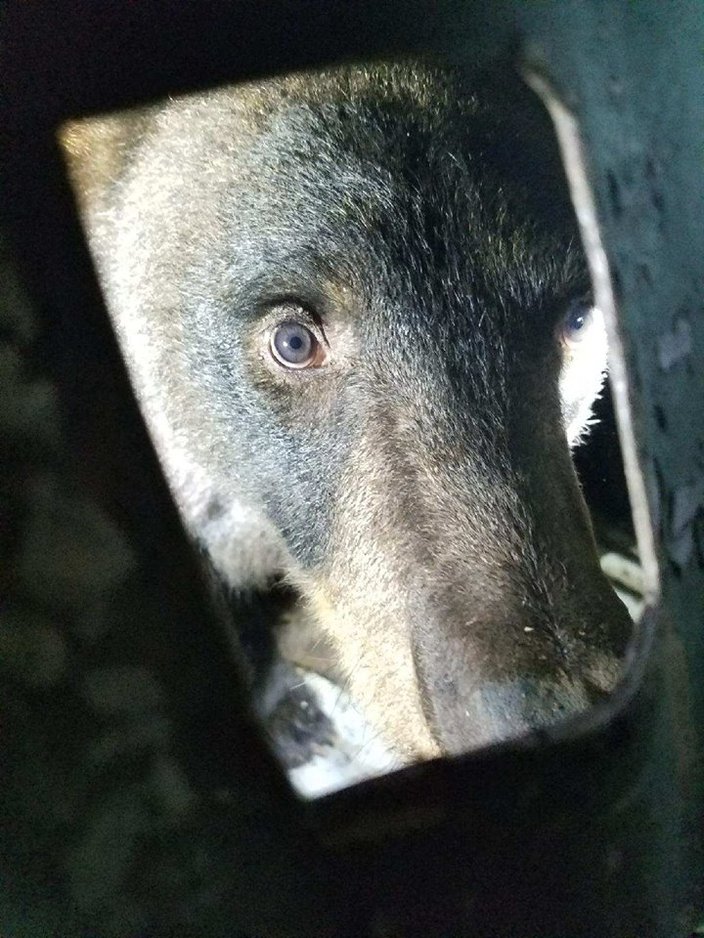 This bear was captured in New Britain Township on June 12, 2017.

Police nicknamed the bear "Yogi," a reference to the criminal cartoon bear who tormented unsuspecting campers by constantly stealing their food.


This has been the latest edition of #BearWatch2017.