Beer to watch for: Brotherly Suds, the collaborative brew from 7 Philly craft brewers 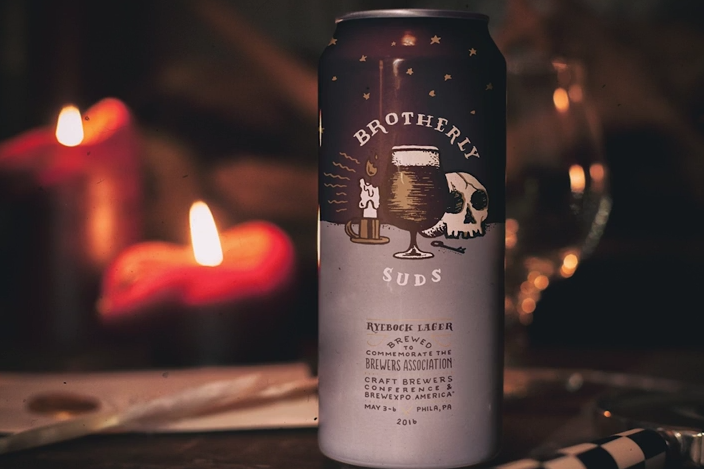 Brotherly Suds 7, the seventh collaborative brew from Philly craft brewers, will debut on draft during Philly Beer Week, from June 3-12.

It's not unheard of for Philly craft brewers to team up in combinations of two, even three breweries for collaborative beers.

"It's like herding cats to get everyone to answer and clarify things," Sly Fox Brewing Company Brewmaster Brian O'Reilly told PhillyVoice, laughing.

For the seventh year, Sly Fox has partnered with other regional breweries to create a new beer under the Brotherly Suds label (accordingly titled "Brotherly Suds 7"). Brewers from Sly Fox, Yards, Victory, Troegs, Stoudts, Iron Hill and Flying Fish all loaned their talents to create a lager to be issued in tandem with Philly Beer Week, which runs June 3-12. The concept of the beer was first crafted as a creative alternative to simply commissioning a brew, O'Reilly said.

The result of this year's collaborative efforts is a "rye bock," a medium-bodied, golden helles bock made with rye, German pilsner malts and spicy German hops "for balance." (The ingredients are a nod to Pennsylvania's German brewing roots.) It initially hits the tongue with notes of vanilla and grain, with a deep bitterness in its finish. It has a seven percent ABV.

Though the beer saw a limited, canned release for the Craft Brewers Conference earlier this month, Brotherly Suds 7 will be available on draft for the duration of Philly Beer Week and in limited availability throughout the summer. Catch it on tap at Johnny Brenda's, Monk's Cafe and Opening Tap at the Fillmore.