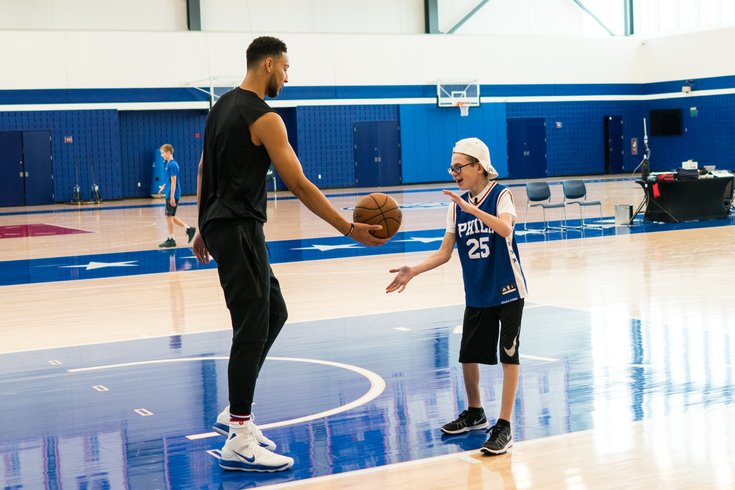 Here's a story that's sure to brighten your Friday.

A local 12-year-old Sixers fan with cerebral palsy, Tyler Osowski, had his dream – one he likely shares with Sixers fans far and wide – come true this week following major surgery at Children's Hospital of Philadelphia.

He got to meet his favorite player, Ben Simmons, but it didn't stop there.

In addition to having cerebral palsy, the sixth grader from Prospect Park was also born legally blind. He recently underwent major surgery at CHOP, according to FOX29, and spent six days in intensive care in addition to being immobile for a month. Currently, Tyler's been undergoing rehab in order to learn how to walk again. He's also a big basketball fan.

His goal is to get back to doing what he loves the most playing basketball, especially with his twin brother, Anthony.

"Can't keep him off the court that's for sure. He eats, sleeps and breathes basketball," his dad, John Osowski, said.

While Tyler is temporarily sidelined, his family decided to deck out his hospital room in honor of his favorite NBA team the 76ers and his idol—number 25—Ben Simmons.

"I just like the fact that when he's on the court he knows what to do with the ball and he does good moves. He gets buckets easily," Tyler said.  [fox29.com]

So Dawn Timmeney, the FOX29 reporter who originally covered Tyler's story, tweeted at Simmons, hoping he would reach out and offer his fan some words of encouragement.

Simmons obliged, but the former No. 1 pick didn't stop there.

Can someone please pass the tissues?

Here's one more look at the segment that aired on the news: