Sing Slavic and the West Philadelphia Orchestra will be performing at the event on Friday, April 8 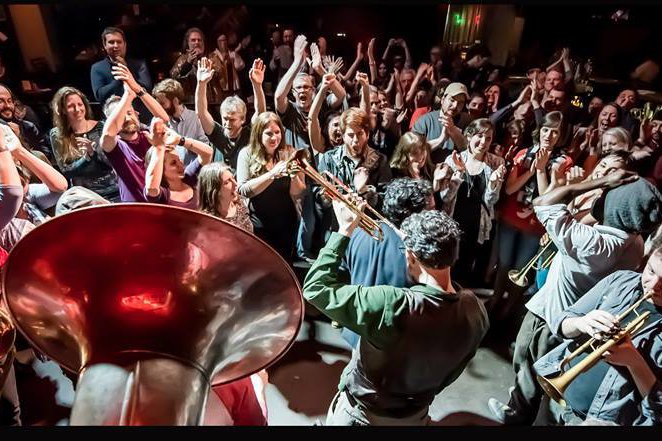 Members of the Philly Stands with Ukraine Facebook group organized a benefit concert on April 8 which will feature Sing Slavic and the West Philadelphia Orchestra. The latter is performing in the image above.

"Philly Loves Ukraine" was organized on Facebook by members of the "Philly Stands with Ukraine" group. The event is scheduled to start at 7 p.m. in the University of Pennsylvania's Rotunda at 4014 Walnut St. on Friday, April 8.

Tickets for the concert cost $25 and can be purchased on Eventbrite. Proceeds will be donated to Revived Soldiers Ukraine, a non-profit providing medical and humanitarian aid to injured Ukrainians. The charity's leadership team includes six Philly residents.

Sing Slavic – a choir which specializes in folk songs from countries like Ukraine, Russia and Poland – is performing at the event. The group makes use of a traditional open-throat Slavic singing technique called "chest voice" or "white voice."

The West Philadelphia Orchestra is also taking part in the concert. The brass band records and performs original compositions based on a diverse collection of Eastern European musical traditions. The group's songs can be streamed on Bandcamp.

The orchestra is influenced by an instrumental genre pioneered by Eastern European Jews called klezmer. They also cite the music of the Romani – a nomadic ethnic group with populations around the world – as an inspiration. Traditions from Balkan countries like Macedonia and Serbia are also present in its music.

"Ukrainians are currently facing a brutal invasion simply [because they exist] as a sovereign state striving for a freer, more democratic and less corrupt future," the organizers said.

As of Wednesday, the United Nations has recorded 2,571 Ukrainian civilian casualties, including 977 deaths and 1,594 injuries.