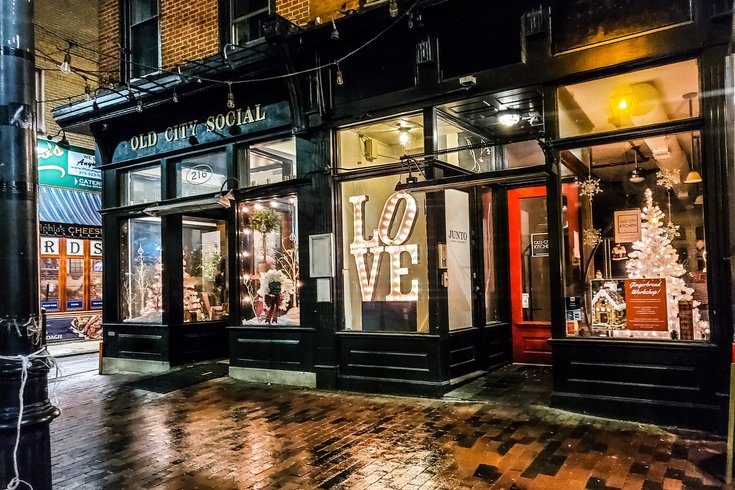 Laura Eaton opened her Old City studio back in 2003 after enjoying success as a popular wedding photographer. When her business continued to grow, she founded Old City Collective as a co-working and event space.

Eaton further expanded in 2020 with Old City Social and is now turning restauranteur with the opening of Old City Kitchen this month. The restaurant at 218 Market St. will host dinners led by different chefs, as well as pop-ups from various food vendors.

RELATED: 'Cocktails for a Cause' benefit at 8 Philly and suburban restaurants to support Ukrainian refugees

The biggest difference between Old City Kitchen and a traditional restaurant is that there will be no set menu. Eaton will instead rotate events with new offerings each week.

"I've had small event spaces for the last 12 years, but I always chose to avoid the hassles that come with food-based businesses," Eaton said. "We operated with small kitchenettes and allowed clients to bring in prepared food, or work with a caterer. After a year and a half of pandemic shut downs and limited events, the idea of having a kitchen became more appealing."

The restaurant is hosting brunch on March 27 and April 3 with Chef Aziza Young. The personal chef was previously featured on Hell's Kitchen and is part of Philly Black chef collective Everybody Eats.

Young will prepare three options, including stuffed French toast, shrimp and grits and crispy chicken and waffles. Complimentary coffee, tea, and mimosas will also be available. Tickets are $65 per person and can be purchased on the restaurant's website.

The dinner will conclude with choco-pecan tahini kulfi, an Indian-style ice cream.

Chef Mike McKinley is hosting a CBD-infused meal on Wednesday, April 20. Additional details are still to come, but tickets are available for $165.

Eaton is also renting out the space as a ghost kitchen. She wants to use the opportunity to allow smaller chefs to preview a project before taking on a major investment, as a way to "reconnect" with the community following the COVID-19 pandemic.

The restaurant can hold 12-13 guests for brunches and dinners and an additional 24 for demonstration classes and other events.