"27-some odd hours later we were able to bring closure" 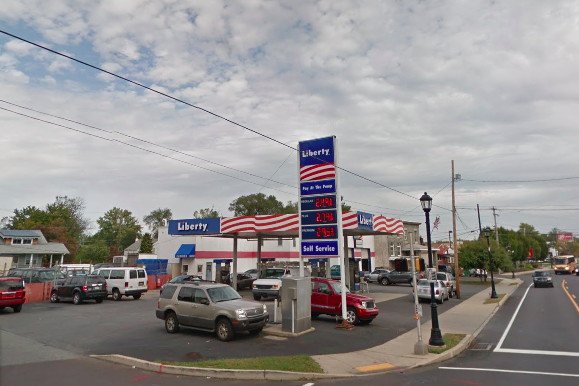 Around 7 p.m. Wednesday night rescuers recovered the body of gas station owner Joseph Vigilante from an underground vault in a gas tank in Bucks County.

The man's recovery comes 27 hours after the initial explosion of an underground gas tank. Rescuers had to slowly excavate the scene and remove debris by hand in order to safely remove the man.

"My heart goes out to the family," Bensalem Director of Public Safety Fred Harran said at the scene. "They've been very patient and understanding toward emergency services. If I was a family member I would just want to get my loved one out. And unfortunately in our world things don't work that quickly. But 27-some odd hours later we were able to bring closure, and they are able to start their healing and grieving process."

The body of Joseph Vigilante, who was killed in a gas explosion, was located underground nearly 24 hours into the recovery operation, NBC 10 first reported.

Rescuers are working to get the man's body out of the tank.

The recovery operation of a man trapped underground from an explosion at a Liberty gas station in Bensalem, Bucks County, that began on Tuesday at 5 p.m. started again early Wednesday morning and persisted through the afternoon.

Bensalem Director of Public Safety Fred Harran told reporters a pair of two-man crews, connected to air lines and equipped with escape oxygen in case they get trapped, were finally preparing to make entry into the underground tank on Wednesday around 2:40 p.m. to recover the trapped man, who has been identified as Joseph Vigilante, the gas station owner.

Harran said if rescuers are unable to recover the victim's body in 30 minutes, they would have to take another course of action.

Due to the large amount of gas fumes that remains, the explosion site is a "very very dangerous environment for rescue workers but we're trying to recover the victim as quickly and safely as possible," Harran said.

“This has been a long, slow operation," he said. "We want to make sure no one else gets hurt.”

Vigilante has been trapped underground since Tuesday at 5 p.m. Harran said the recovery effort is to "give the [victim's] family some closure."

The recovery operation began after gas station employee Frank Tomasiello, 63, was rushed to Jefferson University Hospital and nearby homes and businesses were evacuated.

Tomasiello is in critical, but stable condition at Jefferson's Burn Center, Harran said, with severe burns on 45 percent of his body.

12 hours after the explosion at a gas station in Bensalem, crews are removing the large crane used to lift concrete. One person remains trapped underground. Operations still underway. Latest updates on @NBCPhiladelphia all morning pic.twitter.com/Nu5wOOW60m

"The prognosis looks OK right now for him," Harran said.

The investigation into how the explosion started is still ongoing, Harran added. Right now, investigators believe the two men went into an underground gas vault to remove water that had gotten between a gas tank and a vault, which is typically removed by hand.

"That is not uncommon in this industry. Something went wrong, and we're not sure what this is," he said.

Officials from the Department of Environmental Protection, Department of Labor & Industry, the Bureau of Alcohol, Tobacco, Firearms and Explosives and the Occupational Safety and Health Administration were on the scene Wednesday.