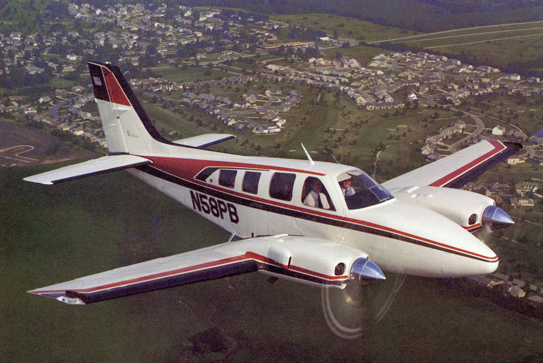 A Beechcraft Baron 58 in flight.

Two New Jersey men who were killed in a small plane crash Wednesday morning were on an angel flight to transport a medical patient when they crashed in a patch of farmland in Burlington County, according to state police.

Investigators said the Hawker 58 Beechcraft Baron, a light, twin-engined piston aircraft, went down around 9:30 a.m. in the area of Smithville Jacksonville Road in Easthampton. The flight was bound for Massachusetts to pick up a patient.

The victims were later identified as pilot Robert Winner, 69, of Marlton, and Timothy Scannevin, 71, also of Burlington County.

The crash came a short time after the plane left South Jersey Regional Airport in Lumberton, located about 10 miles from where the aircraft went down.

There was no immediate indication of what led to the crash. The plane slipped out of radar shortly after takeoff.

An investigation is underway by the Federal Aviation Administration and the National Transportation Safety Board.