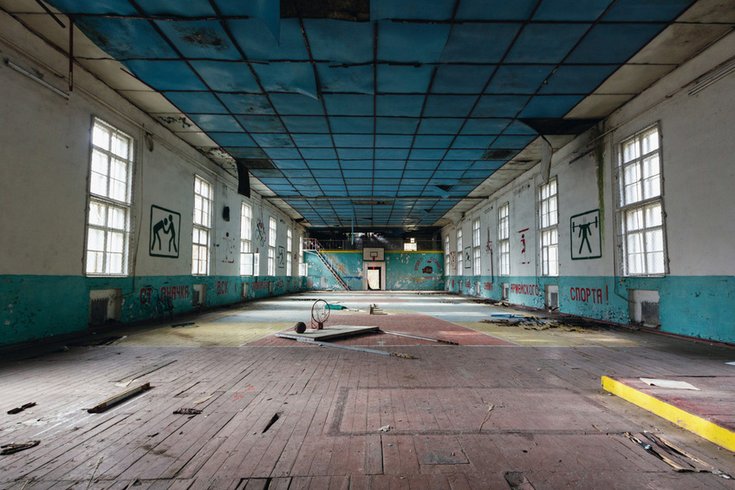 Ghost-like structures and vacant amusement parks that haven't tempted investors yet are overgrown with trees and shrubbery.

Even as real estate prices in Berlin rise inexorably and gentrification turns rundown corners into trendy neighborhoods, the German capital is still filled with eerie pockets of empty spaces and abandoned buildings.
Ghost-like structures and vacant amusement parks that haven't tempted investors yet are overgrown with trees and shrubbery. They range from deserted mansions to apocalyptic bunkers, disused hospitals and even the 1936 Olympic village.
Irish writer Ciaran Fahey, who moved to Berlin in 2008, was so fascinated that he started a now-popular blog called "Abandoned Berlin" and has just turned it into a book.
Fahey spoke to Reuters in Berlin about his book.
Q: There are empty buildings all over the world. What's different about them in Berlin?
A: There is usually a sort of tragic history behind them being abandoned ... For me it's kind of a powerful mix to have the stories illustrated by the abandoned places as they are now.
Q: What are some of the tragedies?
A: There’s Spreepark, the former East German amusement park, taken over by a family with big ambitions after unification. It started well enough but fell on hard times. The owner ended up trying to smuggle a huge amount of cocaine back to Germany from Peru in one of the rides. His son is still in a Lima prison.
Then there’s the Garbaty cigarette factory and a Jewish family persecuted by the Nazis. They were lucky enough to escape with their lives I guess, but they lost everything else.
Q: What is your favorite?
A: There’s the story behind the deployment of nuclear weapons to Vogelsang, the Soviet-built military camp in the middle of nowhere. Erich Honecker, the former East German leader, had a colossal bunker built underground in a forest north of Berlin.
Q: What role does the narrative of German history play?
A: Berlin is so unique because of all the crazy stuff between the wars, the Berlin Wall, and the Cold War. If you take them on their own, there's an unbelievable richness of stories that in a way can’t possibly be written. People focus on the better known things like the Berlin Wall.
Q: What prompted you to start a blog about it?
A: To be honest, it was just a bit of fun. I had my own personal blog, which I started for family and friends at home in Ireland when I moved abroad. Then I went to the Spreepark and I could not believe what I saw ... Then somebody told me about Teufelsberg, the abandoned NSA listening station. I researched the story. And then it just took on life on its own.
Q: You didn't think anyone would care about these places?
A: I didn't know anyone who was even remotely interested in this stuff. It started almost as something I wrote just for myself. I was really surprised that there was so much interest.
Q: Did you ever get into trouble while urban exploring?
A: Yeah, a few times. In the Spreepark I had to run away and jump over the fence. A security guard at another spot caught me, but it was nothing serious. They saw I was a guy with a camera and not some dude smashing windows and wrecking the place so they just told me I shouldn't be there and should leave.