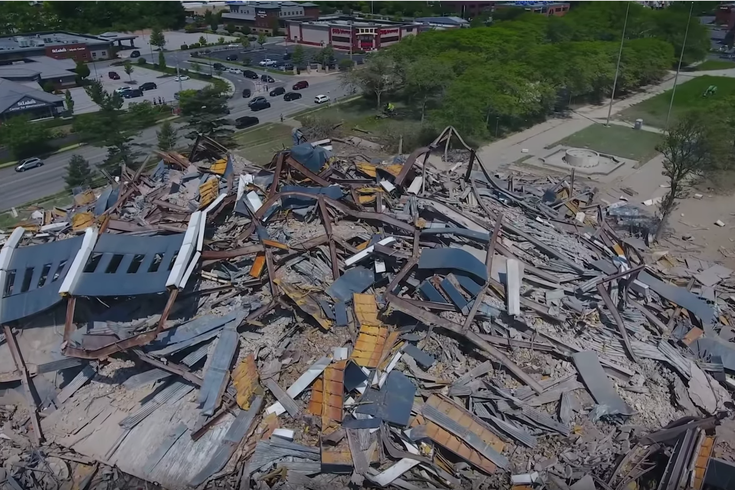 The former Martin Tower site in Bethlehem, Pennsylvania, where a worker cleaning up after May's demolition was pinned and then killed by equipment in a worksite accident.

A worker at the former Martin Tower demolition site in Bethlehem was injured and killed in a worksite accident Thursday morning.

The worker, who has not been identified, was pinned by "hydraulic equipment" at the site, according to the Morning Call. The worker was given CPR after he was freed from the equipment, but he did not survive.

According to Bethlehem police, the incident is being investigated by the U.S. Occupational Safety and Health Administration.

The Martin Tower was demolished this past spring, making way for luxury apartments, medical office buildings, a hotel, and retail.

Workers began clearing the site in earnest this week, and is expected to take months, according to The Morning Call. The public was warned not to trespass at the site because the debris was considered unstable.

Bethlehem Steel's various sites have been in the news more than once this year. In mid-July, a man climbed atop the SteelStacks' blast furnace and stayed there for more than 12 hours, drawing police and media attention, before eventually being talked down.