Tune in for the last season of these hit television shows 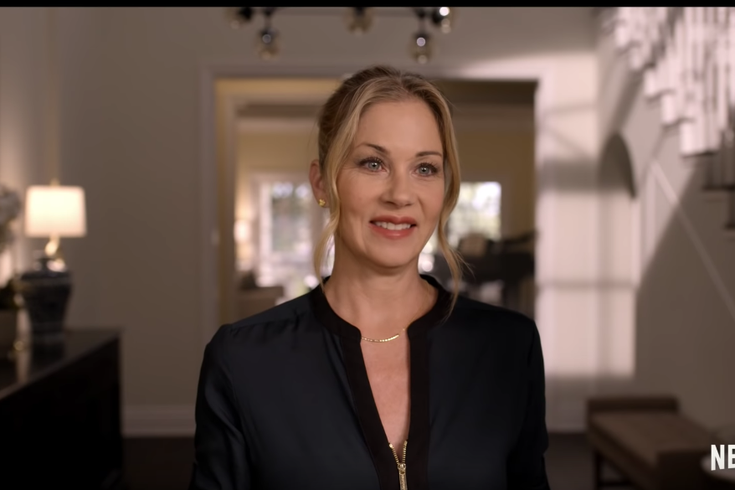 Several shows will air their final seasons this year, including 'Dead to Me,' starring Christina Applegate.

It's been a year like no other for the television industry.

After making in through 2020, several hit shows, from "Lucifer" to "Grace and Frankie" are putting out their last season in 2021, according to the Hollywood Reporter.

Some shows halted filming during the onset of the coronavirus pandemic — and some even rewrote storylines to lean into the current events. Here's a look at what shows to tune into one last time this year.

Need something new to watch? Check out what's streaming on Netflix, Hulu and Amazon Prime this month.

The Netflix Original show is about a man on the autism spectrum looking for independence and love. It ran for four seasons and earned a Peabody Award nomination.

"It's my hope that the legacy of Atypical is that more unheard voices continue to be hears and that even after this series ends, we keep telling funny, emotional stories from underrepresented points of view," Robia Rashid, creator and showrunner said to the Hollywood Reporter.

After six seasons, the Breaking Bad prequel will come to an end. The show had 63 episodes and will run one season longer than Breaking Bad did.

The story behind Jimmy McGill, played by Bob Odenkirk, becoming Saul Goodman will come to an end in its final episodes.

The DC Comics drama, produced by Greg Berlanti, is entering its fourth and final season this year. The show was created by Salim Akil and stars Cress Williams.

Fans can stay in the show's universe by tuning into the spinoff show Painkiller, featuring Jordan Calloway, later this year.

After seven seasons of streaming on Amazon, the police procedural show is set to end. The show stars Titus Welliver and is based on books by author Michael Connelly.

After four seasons, the Florida-based crime drama is coming to an end. The show starred Niecy Nash, Carrie Preston and Judy Reyes and was executive produced by Rashida Jones.

Despite the show's steady success, the decision to wrap the series was mutual between the creative team and TNT, according to the Hollywood Reporter.

Dead to Me (Netflix)

The show that grabbed everyone's attention last year is ending after just three seasons. Front runners Christina Applegate and Linda Cardellini are wrapping up the show, which was created by Liz Feldman.

The college comedy based on Justin Simien's film will finish its four season run this year. The show's commentary gained popularity again over the summer at the height of the George Floyd demonstrations across the country.

Simien said the show could live on in spinoffs to keep spreading its critical message, though no news of any such shows has been announced.

The sci-fi drama will wrap up in its sixth season on Amazon. The show originally aired on Sci-fi for three seasons before the network dropped it.

The show was based on Amazon CEO Jeff Bezos' favorite books, so it's no surprise that it was picked up by Amazon for its final three seasons.

F is for Family (Netflix)

This show is based on co-creator Bill Burr's childhood growing up in the 1970s. It was one of Netflix's longest-running animated shows, standing at five seasons.

The hidden gem show is getting a second season before wrapping its story line. The show, created by and starring Mae Martin, was praised for its look at addiction and relationships.

The Hollywood Reporter reports that Netflix is looking to expand its relationship with Martin with other projects.

After a four season run, the legal drama developed by David E. Kelley will finally end its story. The show was originally called The Trial and saw a few different show-runners.

Kelley backed away from Goliath after differences with the then-Amazon head of originals Roy Price, according to the Reporter. Since then, the show-runner switched from Billy Bob Thorton, to Clyde Phillips and finally Lawrence Trilling.

The star studded comedy from Skydance television is finishing up on its seventh season.

Tim Allen's comedy is officially coming to an end after its rocky ride through switching studios in its sixth season.

The family comedy started in Century Fox Television and aired on ABC, though they cancelled the show after its sixth season. Fox came in and revived the show for another three seasons, before it announced it's ninth season would be its last.

After a three season run, showrunner Zack Estrin said it will be coming to an end.

"From the beginning, we've always viewed this particular story of the Robinsons as a trilogy. A three-part epic family adventure with a clear beginning, middle and end."

This series also traveled between studios during its six-season run. It started in Warner Bros. TV and aired its first three seasons on Fox before it was cancelled.

Netflix brought the show back for two more seasons before extending the deal for one last season.

The show, starring Jason Bateman, Laura Linney and Julia Garner will see its last season this year. They were cleared to add four additional episodes to its fourth and final season to complete the story.

After 11 seasons, "Shameless" will air its season finale in 2021. It is the most-watched scripted series on Showtime and had to completely rewrite the first half of the show's final season during the COVID-19 pandemic.

Showtime said it will celebrate the show with a six-episode retrospective.

The DC Comics show starring Melissa Benoist will air its sixth and final season this year. The show aired on CBS before making the move to The CW.

The NBC show centered on life in a big box store. Series star America Ferrera opted to leave the series after its six season run.

The show's final season was heavily impacted by the coronavirus outbreak and will wrap after 113 episodes.