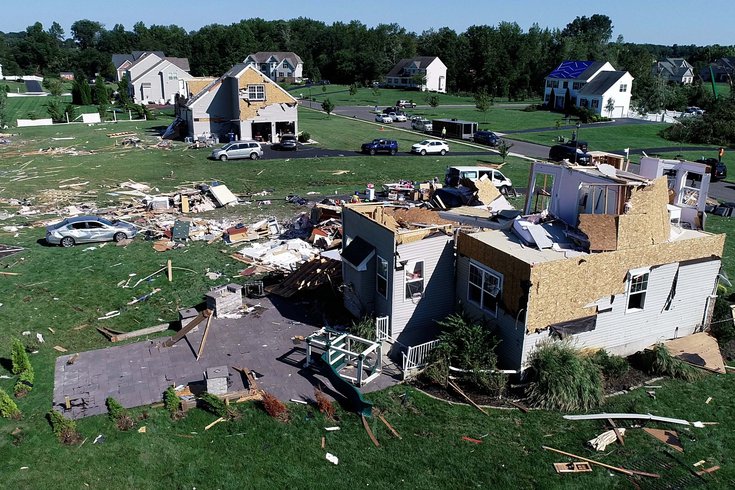 This means the state will receive federal aid on top of its local recovery efforts in Bergen, Gloucester, Hunterdon, Middlesex, Passaic, and Somerset counties, according to a statement from the White House.

"Assistance can include grants for temporary housing and home repairs, low-cost loans to cover uninsured property losses, and other programs to help individuals and business owners recover from the effects of the disaster," the statement read.

The storm killed dozens of people in the Northeast, including three people in the Philadelphia area. In New Jersey, at least 27 people were confirmed dead because of the storm, and four people are missing as of Sunday.

In Pennsylvania, it's not yet clear if damages related to the disaster met the federal minimum to qualify for federal aid.

In order to qualify for a federal disaster declaration, counties must meet a minimum threshold of property damage based on population size, and the commonwealth overall must amass more than $19.6 million in damages.

Governor Tom Wolf sent a letter to the Federal Emergency Management Agency to lower the damage threshold for these events to qualify for the aid.

“It goes without saying that my entire administration wants to thank the first responders, emergency management personnel and local officials who reacted so quickly to keep residents across the state out of harm’s way,” Gov. Wolf added. “I know that for many, this will be a long and complex recovery, and worst yet some families are dealing with the loss of loved ones. I want to thank everyone for their patience and willingness to help their friends and neighbors.”

Wolf signed a proclamation of disaster emergency on Aug. 31 which allows state agencies to more easily allocate resources and respond to requests for state assistance.

The White House also issued a major-disaster declaration in the state of New York. More than $50 million in damage was reported in the state after water damaged public transportation systems, homes and businesses.

Federal funding will be allocated for recovery efforts in the Bronx, Kings, Queens, Richmond, and Westchester counties.

Biden is set to assess the damage and travel to Manville, New Jersey, and the Queens borough of New York City on Tuesday.

Mullica Hill, Gloucester county and Wenonah in New Jersey were hit particularly hard by a severe tornado that grounded trees and leveled homes.