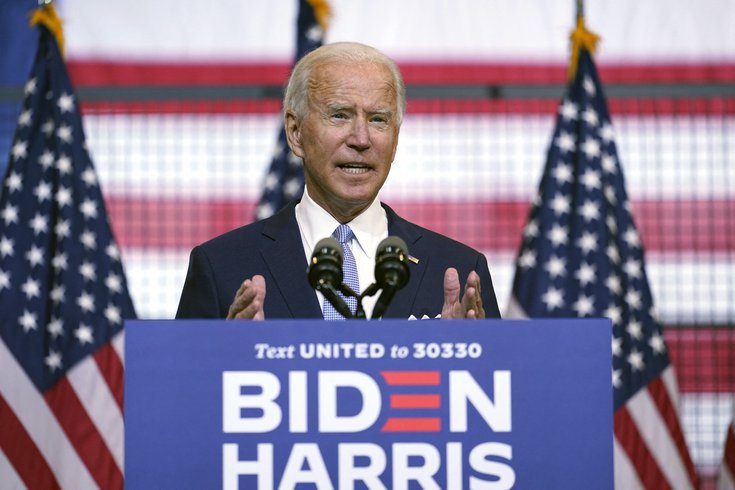 A Mifflin County, Pennsylvania barn painted to support President Joe Biden's campaign in 2020 was destroyed by a fire on March 6, 2021.

A Mifflin County barn painted to prominently show support for the presidential campaign of Joe Biden last year burned to the ground over the weekend, authorities said.

The barn, located on Tea Creek Road in Reedsville, went up in flames shortly before 1 a.m. on Saturday. The Reedsville Fire Co. described the blaze as a "high risk fire" and shared a video and photos of their response to the scene, where the roadway was shut down.

03-06-21 at 0059 Company 6 was dispatched to Tea Creek Rd for a high risk fire reported barn. Chief 6 arrived on scene and reported a fully involved barn. Company 6 was assisted by Milroy, Yeagertown, Burnham, Chief Logan, Brooklyn, and Belleville. City and Allensville were dispatched as RIT. Fire police assisted with shutting the roadway down.

During last year's presidential race, owners Robin and Lawrence Herst painted the barn with an American flag design accompanied by the phrase, "Unity Over Division," along with the names of President Biden and Vice President Kamala Harris.

The barn had been used as a venue to bring together voters and community members in the months leading up to the contentious November election between Biden and former President Donald Trump.

Mifflin County voters heavily favor Trump in 2020, by about four-to-one, according to election data.

Fire officials are investigating the incident, but have not yet determined whether foul play may have been involved. The Mifflin County Regional Police have not yet commented on whether the investigation could be a criminal matter.

Supporters of the Herst family created a GoFundMe campaign to help rebuild the barn, stating that there have been past attempts to burn the structure.

"It is with horror that someone apparently burned down the barn in what seems to be arson," the campaign organizer wrote. "Previous attempts to burn down the barn by outside individuals were unsuccessful. Please join us in helping to rebuild the barn where the family planned on opening up the outdoor space to bring folks together to enjoy the location."

Democratic State Rep. Malcolm Kenyatta, who will be running for the U.S. Senate in 2022, shared his support for the Hersts in a tweet.

Within minutes of meeting, Robin and Lawrence welcomed me into their hearts and their home.
Around 1am this morning in an apparent arson, their famed “Biden Barn” was burned to the ground. If you can contribute anything please do so here : https://t.co/Lrd03epz5f

As of Monday afternoon, the campaign had raised just under $20,000.