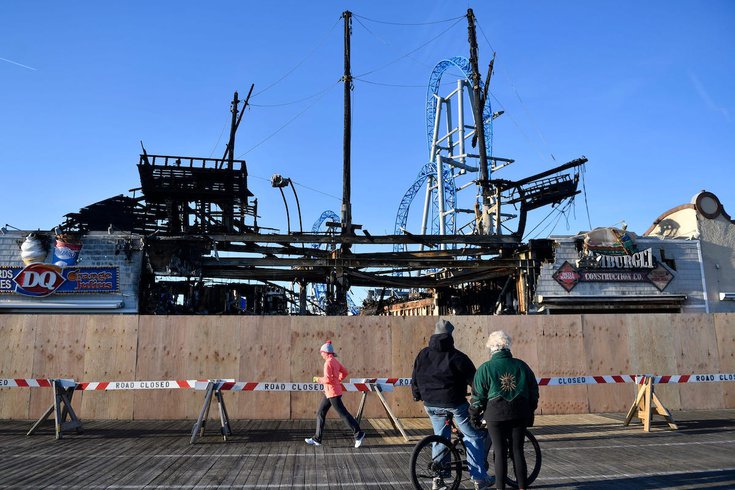 Playland's Castaway Cove on the Ocean City Boardwalk was damaged by a fire on Jan 30. It's operators say it will be back ope on March 27.

The owners of Playland's Castaway Cove on the Ocean City Boardwalk say the amusement park will reopen later this month, less than two 60 days after a four-alarm fire torched the attraction's arcade and several adjacent businesses.

The plan is to reopen is March 27.

No one was injured in the fire. The cause of the fire has been ruled accidental by investigators and blamed on an "undetermined electrical source."

Brian Hartley, vice president of Playland’s Castaway Cove, told OCNJ Daily earlier this week that most of the park's rides were not damaged, and he expects 18 to 20 of them to be up and running when the boardwalk attraction reopens.

"March 27 is as quickly as we could possibly open. We are excited to get back open and back to a little bit of normalcy," Hartley told OCNJ Daily.

The fire burned down Castaway Cove's arcade and the iconic pirate ship that loomed above its boardwalk entrance. The remains of arcade building and the amusement park's offices are expected to be demolished, but that work has yet to begin.