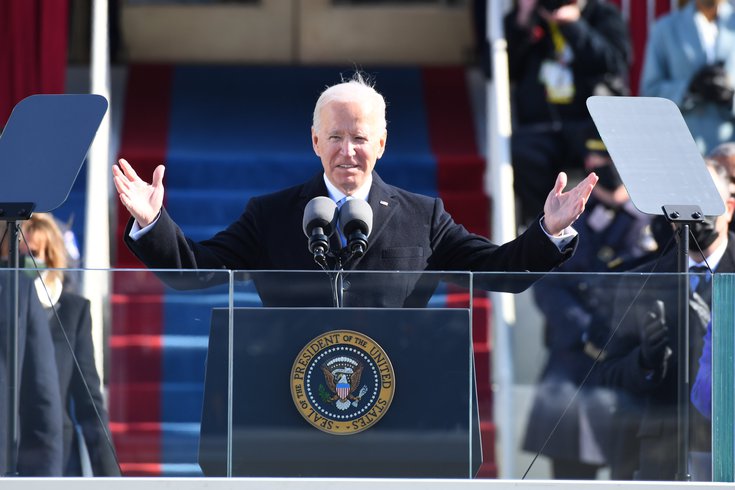 Around a million and a half more people watched President Joe Biden's inaugural address on TV than had viewed former president Donald Trump's speech four years ago.

While the only way to watch Biden's ceremony was on TV or online because of COVID-19 restrictions, in 2017 between 300,000 to 600,000 people attended Trump's inauguration, according to Vox.

FOX News had 2.7 million people watching its coverage — the fewest viewers among the major networks and a 77% decline from the 12 million people who tuned into FOX News to watch Trump be sworn in in 2017, Time reported.

This preliminary data does not yet include streaming service statistics, meaning the ratings were likely higher. Nielsen is set to release its final figures in the next few days that will include some streaming data and out-of-home viewing, such as at restaurants or hotels.

Neither Biden and Trump's inaugurations attracted as large an audience as former president Barack Obama's 2009 inauguration did. More than 51 million people watched Obama's address in 2009.

The rest of Biden's inaugural festivities amassed an audience of 29.4 million people between 11 a.m. and 4 p.m., compared to Trump's 27 million viewers during the same time in 2017.