At 30th Street Station, the president will make a push for his American Jobs Plan 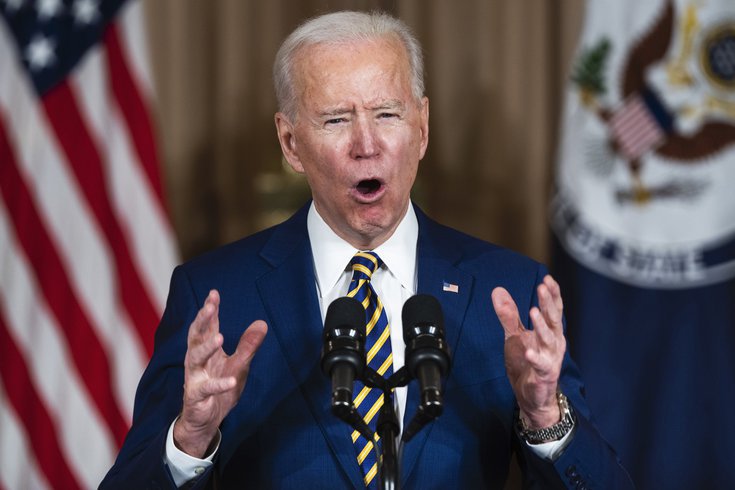 President Joe Biden will be in Philadelphia on April 30 to mark the 50th anniversary of Amtrak and discuss his American Jobs Plan. The event will be held at the William H. Gray III 30th Street Station.

President Joe Biden will make an appearance at Philadelphia's 30th Street Station on Friday to celebrate the 50th anniversary of Amtrak and advocate for his large-scale infrastructure and jobs plan.

Biden's visit to the historic station in West Philadelphia is part of his "Getting America Back on Track" campaign highlighting the president's first 100 days in office and goals moving forward.

Funding for Amtrak is a significant piece of the president's $2.3 trillion American Jobs Plan, which includes $80 billion for upgrades to the federal rail service's Northeast Corridor and other travel networks.

Amtrak has signaled it would use the funds to create new passenger rail routes serving locations like Nashville, Phoenix and Las Vegas and potentially revive some links that have been out of use for decades, like service in Pennsylvania to Reading and Allentown. Amtrak has published a map of what the proposed expanded service would look like.

From his days as a senator representing Delaware, Biden earned the nickname "Amtrak Joe" because he never lived in Washington, D.C. Instead he commuted back and forth from Wilmington on Amtrak until he became vice president.

The first phase of the Biden administration's infrastructure plan would total about $621 billion in investments for roads, bridges, public transit, rail, ports, waterways, and airports. That phase also allots billions for the development and promotion of electric vehicles and the construction of EV charging stations.

Biden's trip to Philadelphia will be his third to Pennsylvania since taking office in January, including stops in Philadelphia and Pittsburgh to discuss his COVID relief package.

Friday's event at 30th Street Station is scheduled to begin at 2:30 p.m., when the president is joined by Amtrak CEO Bill Flynn, board chair Tony Coscia and other special guests. The 50th anniversary celebration will be livestreamed on Amtrak's website.

Biden begins to campaign for support for his infrastructure and jobs plan on Wednesday night when he will deliver his first speech to a joint session of Congress.