Angela DiPietro-Sabatine, 57, of Pennsauken, allegedly used the stolen funds on vacations and gambling 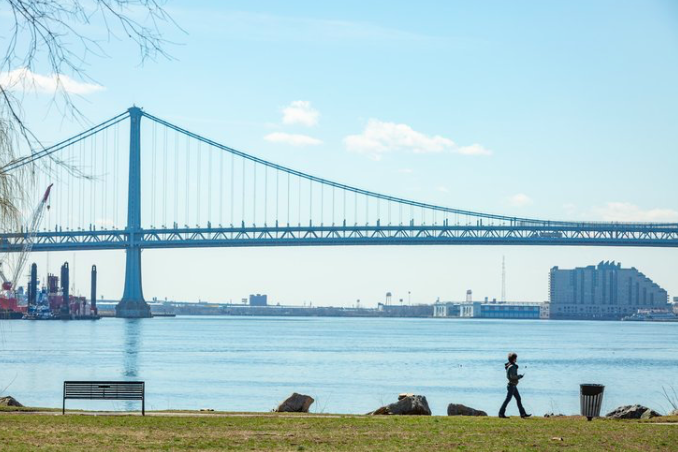 Angela DiPietro-Sabatine, 57, of Pennsauken, allegedly exploited her role as bookkeeper for the Delaware River Waterfront Corp. to steal $2.6 million from the Philadelphia nonprofit.

Angela DiPietro-Sabatine, 57, of Pennsauken, is accused of carrying out the scheme from DRWC's Philadelphia offices over a period of at least seven years. She allegedly used the stolen funds on personal expenses, gambling and luxury vacations.

DRWC, a quasi-governmental agency, leads the design, development and management of Philadelphia's Delaware River waterfront from Oregon to Allegheny avenues. The nonprofit plays a key function in building partnerships for public amenities such as Spruce Street Harbor Park and activities at Penn's Landing, as well as selecting developers for long-term redevelopment on the riverfront.

DiPietro-Sabatine was fired by DRWC in 2019 after more than 20 years with the organization. Her duties had included managing accounts payable and receivable, bank reconciliations and general ledger work.

From about Jan. 2013 through Nov. 2019, prosecutors said DiPietro-Sabatine used DRWC accounting software to create false expense items for legitimate vendors of the nonprofit. She allegedly would invoice services that were never rendered and then generate DRWC checks for them, manipulating the accounting software to designate herself as the payee on the check instead of the legitimate vendor.

To authorize the checks, DiPietro-Sabatine allegedly forged the signatures of DRWC's president and vice president.

The indictment alleges DiPietro-Sabatine withdrew at least $10,000 per month at casinos using proceeds from the fraudulent checks. In one instance, she allegedly spent $34,000 on a single gambling trip in California in 2017.

To hide the fraudulent activity and misappropriation of funds, DiPietro-Sabatine allegedly provided false documentation to auditors. Prosecutors counted 404 unauthorized checks drawn on DRWC's bank account during the seven-year period covered in the indictment.

DiPietro-Sabatine is charged with ten counts of wire fraud, one count of bank fraud, three counts of aggravated identity theft and aiding and abetting. If convicted, she faces a maximum possible sentence of 230 years in prison, a six-year mandatory minimum sentence, a $4,250,000 fine and restitution of more than $2.6 million.

"The alleged conduct in this case shows a pattern of deception and dishonesty that went on for the better part of a decade," said Acting U.S. Attorney Jennifer Arbittier Williams. "Organizations must be able to rely on the honesty of employees who handle money, and this is especially important when the entity has a mission meant to benefit the public. As alleged, DiPietro-Sabatine went to great lengths to hide her criminal conduct from her employer."