Six blocks of Christian Street from 20th to Broad streets were given special designation by the Philadelphia Historical Commission, providing additional protection against demolition 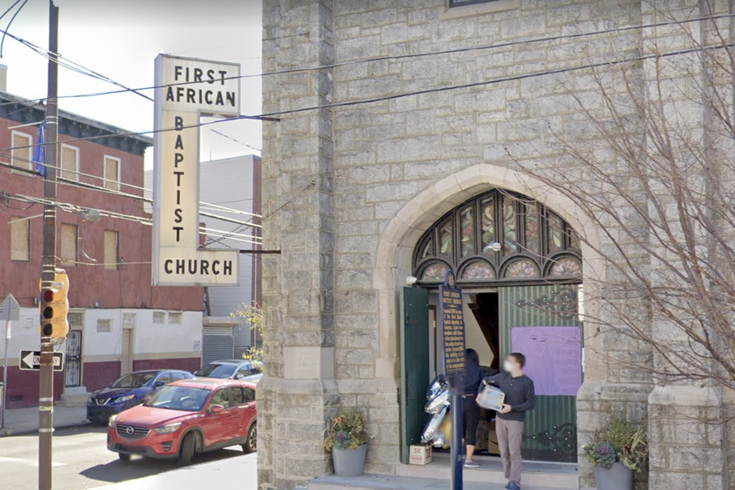 On Friday, the Philadelphia Historical Commission unanimously approved a special designation for Black Doctors Row, a neighborhood in Graduate Hospital that was the home of several prominent Black doctors, pastors, and other business leaders during the early 20th century. It is the first historic designation in the city to focus on Black history.

Black Doctors Row — a South Philadelphia neighborhood that was once the home of prominent Black doctors and business owners — became the first Black Historic District in the city, as the Philadelphia Historical Commission voted unanimously for the special designation on Friday.

Granting the historic designation was just one piece of a years-long effort to preserve the Graduate Hospital community, which was known throughout the 20th century as an important business sector for Black Philadelphians. A demolition moratorium, put in place by Councilmember Kenyatta Johnson in 2021, expired on July 1.

In January, the Preservation Alliance of Greater Philadelphia presented a nomination for Black Doctors Row to the Historical Commission. The sprawling, 487-page document outlines the criteria by which the neighborhood meets the city's criteria for historic status. The new designation comes with its own demolition moratorium and adds additional regulations to construction surrounding the properties.

The new designation is particularly helpful for residents and preservationists, who have been working to keep the area free of demolition amid neighborhood development efforts for the last several years, which prompted the initial City Council moratorium.

In the nomination, the Alliance describes Black Doctors Row as a "residential neighborhood for Black professionals and a streetcar lined thoroughfare lined with prominent Black institutions." At its peak from 1910 through at least 1945, these six blocks of Christian Street were home to prominent Black pastors, doctors, teachers, architects, politicians, pharmacists, small business owners, a funeral director, and postal workers.

"Christian Street has been a historically vibrant, professional community for decades," Johnson told the Philadelphia Tribune. "The corridor has always been a very vibrant area and we want to make sure we maintain the cultural fabric for decades to come with a historic district."

The area, which longtime neighborhood residents say is facing rapid gentrification, was previously held as the Christian Street Historic District. Members of the community wanted Christian Street to be remembered and honored as an important part of Black history in Philadelphia.

Among the more than 150 properties included under the first Black historic district is the Christian Street YMCA, which originally opened in 1889 and moved to its current location in 1914 became a popular meeting place for Black community members.

Other places include the First African Baptist Church, which permanently closed to make way for an Airbnb called "The Deacon."

Other churches include the Ebenezer Seventh-Day Adventist Church, which was formerly the Eighth United Presbyterian Church. Another prominent church during the early 20th century — Tabor Presbyterian Church — was demolished and is now the site of rowhouses.

Another non-residential space in the neighborhood — Edwin M. Stanton Elementary School — is also included in the historic district. First built and opened in 1870, it underwent some modifications in the 1920s, but has remained open as a public school since its inception.

The rest of the neighborhood is largely residential, and the Greater Preservation Alliance diligently provided a social history of the community, listing prominent Black residents who lived in the homes during the early 20th century. Much of this information is provided by Census records from 1920, 1930, and 1940, respectively.

Though many of the residents were simply community members in the neighborhood, some of the more prominent figures highlighted by the Greater Preservation Alliance include William Burton Crawford, a Democratic politician and pharmacist whose powerful speeches earned him recognition throughout the city.

Others include Lydia White, a dancer and former burlesque performer who rented a room for several years along the 1500 block of Christian Street. Wilon Jackson, who was born in South Carolina and lived on the 1700 block of Christian Street, owned a shoe repair shop in the neighborhood which earned him enough money to purchase a rowhouse in the community. He eventually began selling his own handmade shoes, according to the nomination.

Several other legislators and politicians lived in this area throughout the early 20th century, including Walker K. Jackson, who was one of five Black state representatives sworn into Pennsylvania's state legislature in 1935.

Though supporters of the Historical Commission's ultimate decision hope that this special designation will be the first of many, not everyone is in agreement about it. Faye Anderson, an activist and founder of All That Philly Jazz, an ongoing project about the history of jazz, presented written comment to the Historical Commission regarding her opposition to the special designation.

"The nomination is not about Black history and culture. It's not about the past; instead, it's about the present and next level white privilege," Anderson wrote. "The nomination is about protecting the streetscape of six blocks from which African Americans have been displaced in the most gentrified neighborhood in Philadelphia."

While she agrees with Johnson that Christian Street is "living history," she alleges that residents of the neighborhood sought to use the historic designation in order to protect their property values by keeping old buildings in the community from being demolished.

Further, she suggests that other major areas in the city that have historic significance to Black Philadelphians — like sites of the Underground Railroad, Mother Bethel AME Church, and homes of other prominent Black activists and leaders would be better suited for the first Black historic district designation.

She also alleges that, although the nomination was first presented in January 2022, members of the Historical Commission were discussing the possibility of a Christian Street Black historic designation as early as January 2021, before Johnson's initial demolition moratorium was passed.

The full description of properties and characteristics of the Black Doctors Row historic district can be found from the Philadelphia Historical Commission and the Preservation Alliance of Greater Philadelphia.